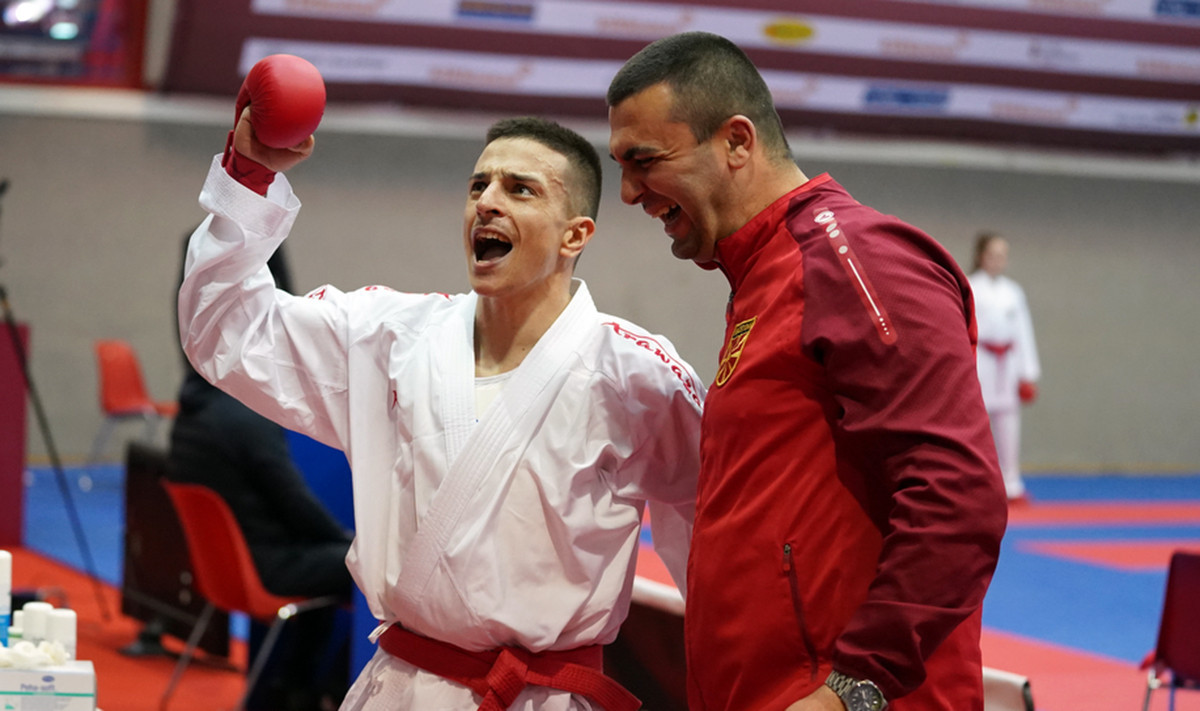 Emil Pavlov of North Macedonia will take on world champion Angelo Crescenzo in the men's under-60 kilogram final following a day of upsets at the Karate 1-Premier League in Salzburg.

There was another upset in the women's under-50kg division, with Nadia Gomez Morales of Spain overcoming the likes of grand winner Serap Ozcelik Arapoglu of Turkey and European champion Sophia Bouderbane of France to progress to the latter stages of competition.

She then recorded an 8-4 victory over home favourite Bettina Plank to book a place in the final against Miho Miyahara.

The Japanese world champion had won 6-2 against Alexandra Recchia of France.

Sakura Kokumai of the United States and Sandra Sanchez of Spain are set to meet for the female kata title once again, having done so in Dubai two weeks ago.

Sanchez was the victor in Dubai, claiming the title with 27.54 points compared to Kokumai's 25.82.

Competition at the Sporthalle Alpenstraße in the Austrian city is set to continue tomorrow.

Olympic qualification is at stake, with points earned in Salzburg helping to determine those who qualify for Tokyo 2020 based on the standings.