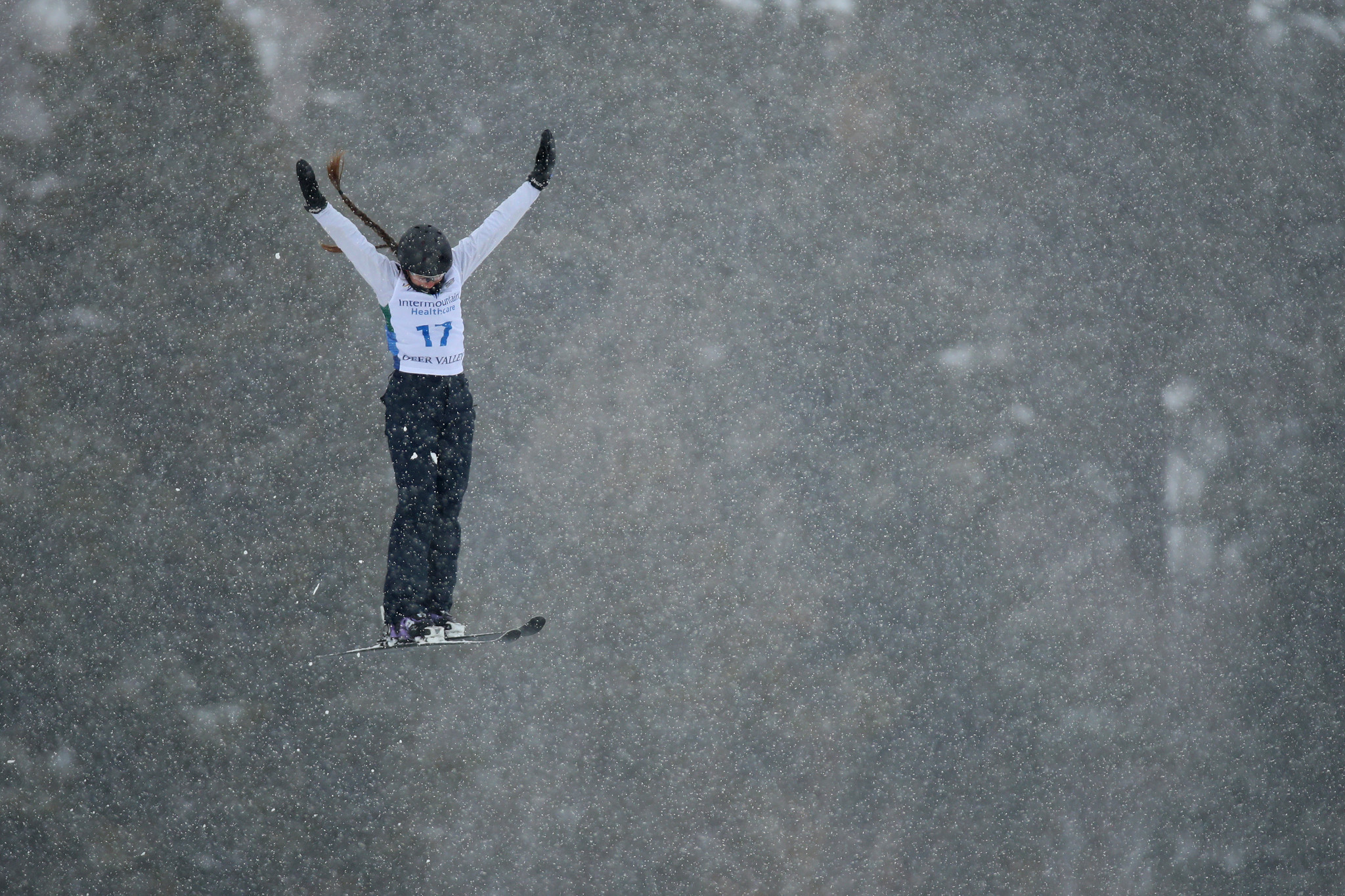 Ukraine’s Nadiya Mokhnatska claimed the first win of her career after coming out on top in the women's aerials event at the International Ski Federation (FIS) Freestyle Ski World Cup in Almaty.

Mokhnatska perfectly landed her lay-full and while it was not the most difficult jump in the women’s event, her execution boosted her score up to 73.66 points and it was just enough to put her on top of the podium at the Oi-Qaragai resort in the Kazakhstani city.

The 24-year-old was left speechless after Australia’s Laura Peel failed to land her jump in the big final, leaving her to celebrate her landmark victory.

Kazakhstan's Zhanbota Aldabergenova pleased the home fans by rounding out the podium with 71.20 points.

Despite having to settle for a fourth-place finish, Peel moved atop the FIS Freestyle Ski World Cup standings for women's aerials with 369 points.

China’s Xu Mengtao, who did not compete in Almaty, has dropped to second place on 325 points with only one more competition left in the 2019-2020 season.

Over on the men’s side, it was the US's Christopher Lillis who stepped things up after his third-place finish in Belarus' capital Minsk last weekend as the 21-year-old triumphed with 121.27 points for his double full-full-full.

It was the second World Cup win of his career, coming four years after his first in Minsk.

Belarus' Pavel Dik completed the top three for his second podium this season, receiving a score of 111.37 points.

In the World Cup standings, Switzerland’s Noé Roth is back in the lead following his eighth-place finish today.

After six events this season, Roth now has 286 points with Russia’s Maxim Burov, who did not compete in Almaty, sitting in second place on 273 points and Werner third with 260 points.

Action in Almaty is due to conclude on Sunday (March 1), with the dual moguls event at Shymbulak Mountain Resort.

The final aerials competitions of the FIS Freestyle Ski World Cup season are scheduled to take place in Russian city Krasnoyarsk on March 8.