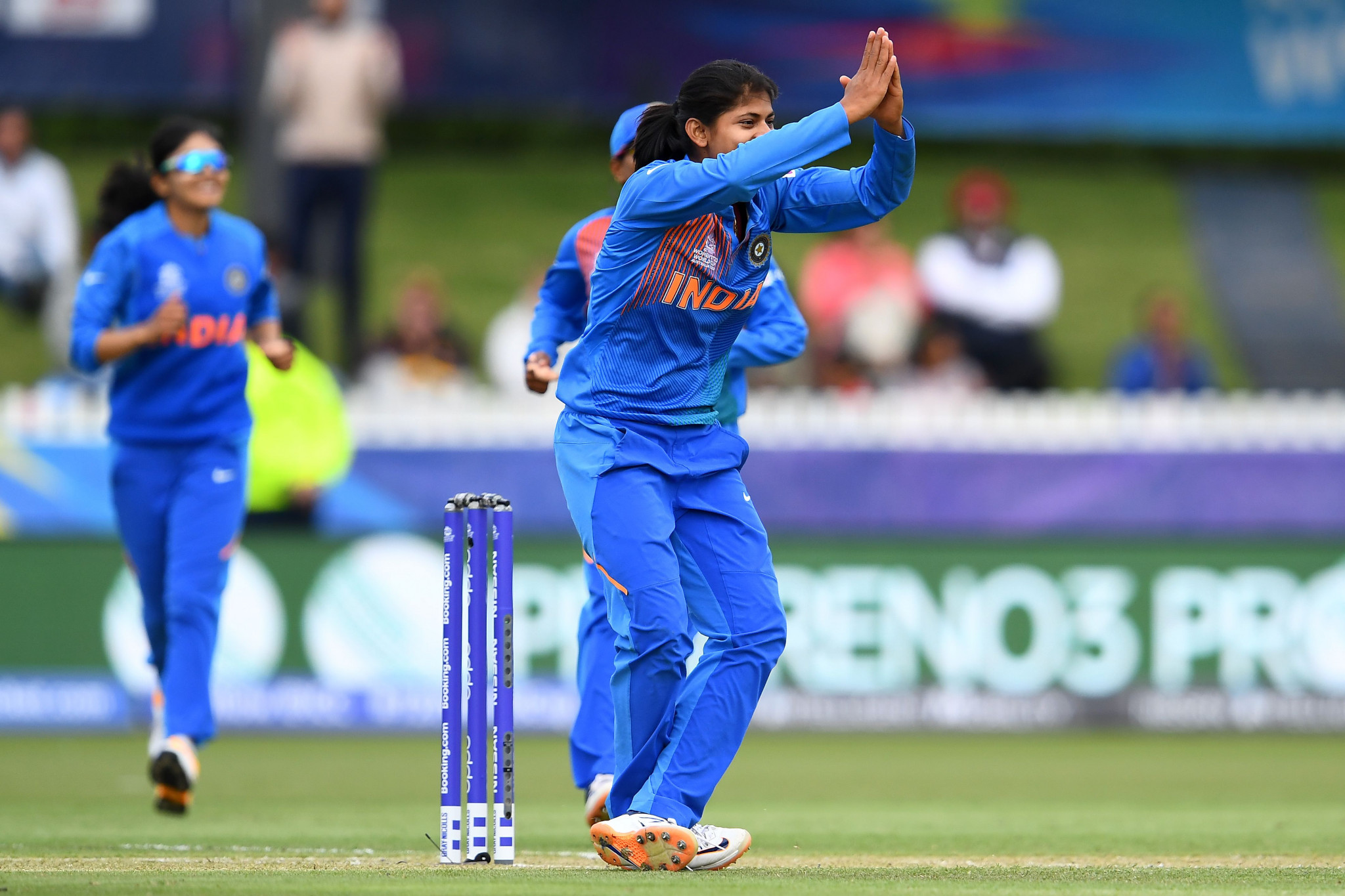 India became the first side to qualify for the semi-finals of the International Cricket Council Women's T20 World Cup after they beat New Zealand by three runs in Melbourne.

The narrow victory at Junction Oval handed the Indians their third win from as many matches in Group A and came in a low-scoring contest.

After winning the toss and electing to field, New Zealand did well to restrict India to 133-8.

Amelia Kerr was the pick of the bowlers with 2-21 as India opener Shafali Verma top-scored with 46.

In reply the Kiwis ended on 130-6 to just fall short after some disciplined Indian bowling.

Kerr was again the star player, ending unbeaten on 34 from 19 deliveries, but it was not enough as five different Indian players took wickets.

New Zealand would have won with a boundary from the final ball but Kerr could not get Shikha Pandey's yorker away and Hayley Jensen was run out in the aftermath.

"It's a great feeling when your team performs day in, day out," said India captain Harmanpreet Kaur.

"Still we made the same mistakes after a good first ten overs, we got a good start but couldn't carry the momentum.

"We can't make silly mistakes with harder games coming up.

"Shafali is giving us good starts, her initial runs are crucial for us."

New Zealand have slipped to their first defeat after beating Sri Lanka in their opening game.

In the group's other match hosts Australia thrashed Bangladesh by 86 runs at Manuka Oval in Canberra.

After opting to bat, Australia's Alyssa Healy and Beth Mooney recorded an opening stand of 151, the highest in the country's women's T20 international history.

Healy was eventually dismissed for 83 but Mooney ended on 81 not out in her side's score of 189-1.

Bangladesh could not get close to the target set by the world number one side and four-time winners, ending on 103-9.

Megan Schutt ended with figures of 3-21 in the comfortable success.

Australia's final group game against New Zealand on March 2 is now likely to be a straight shoot-out to join India in the semi-finals, with the Kiwis expected to also beat Bangladesh on Saturday (February 29).

Group B will continue tomorrow with England playing Pakistan and South Africa taking on Thailand.

Both games are at Manuka Oval.