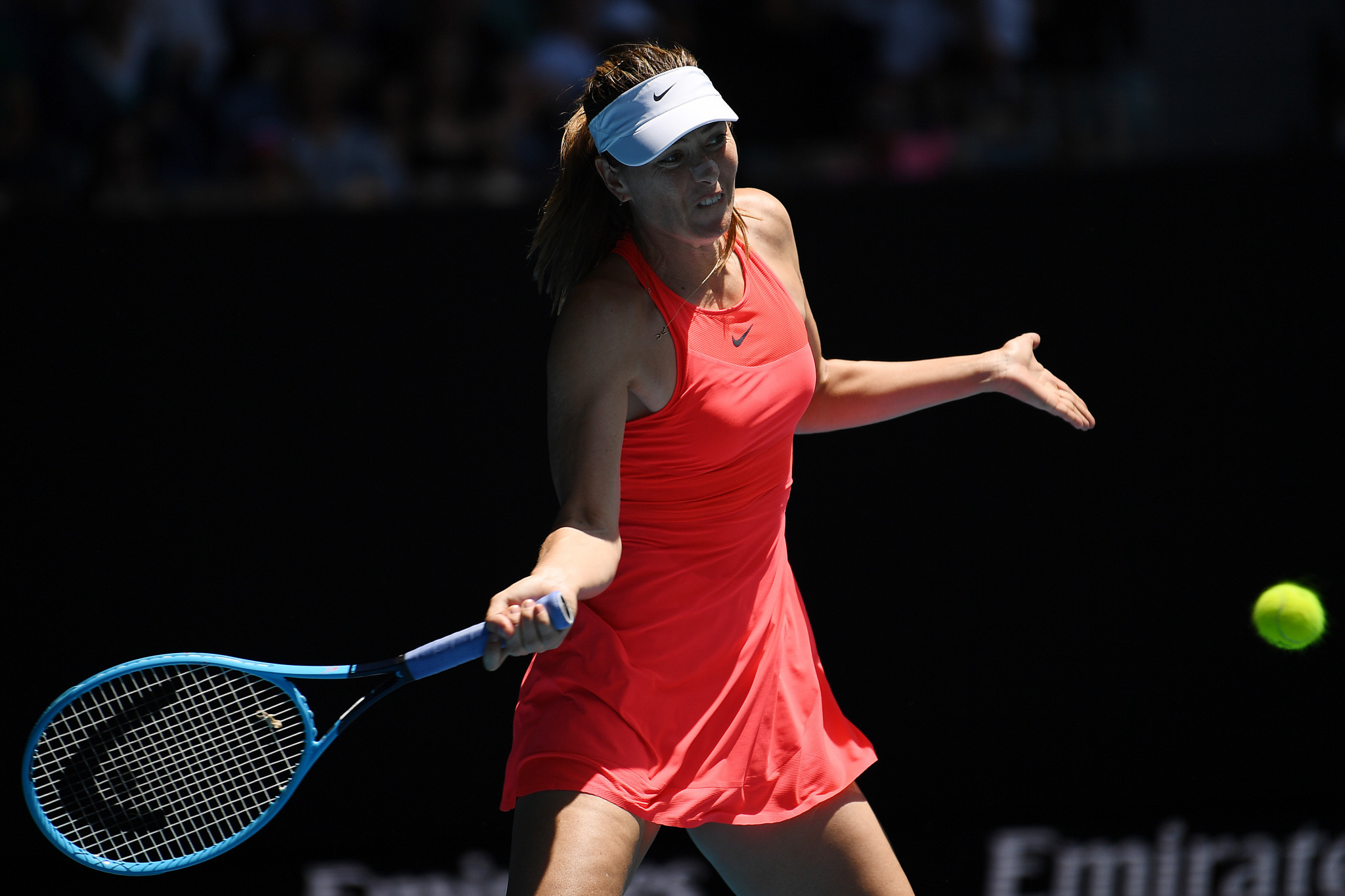 Five-time Grand Slam champion Maria Sharapova has today announced her retirement from tennis at the age of 32.

In an article written for Vogue and Vanity Fair, the Russian said her body "had become a distraction" because of long-standing shoulder problems.

Sharapova won her first Grand Slam title at Wimbledon in 2004, aged 17, and completed the career Grand Slam by winning the French Open in 2012.

She struggled to regain her best form following her 15-month suspension after a positive test for banned heart drug meldonium at the 2016 Australian Open.

Sharapova required shoulder surgery last year and has dropped to 373rd in the world, her lowest ranking since August 2002, and has lost in the first round of the three most recent Grand Slam events.

"I'm new to this, so please forgive me," she said in announcing her retirement.

She added: "Looking back now, I realise that tennis has been my mountain.

"My path has been filled with valleys and detours, but the views from its peak were incredible.

"After 28 years and five Grand Slam titles, though, I'm ready to scale another mountain – to compete on a different type of terrain.

"That relentless chase for victories, though?

"That won't ever diminish.

"No matter what lies ahead, I will apply the same focus, the same work ethic, and all of the lessons I've learned along the way."

Sharapova said one of the "final signals" came at last year's US Open, where she lost 6-1, 6-1 to American great Serena Williams in the first round.

"Behind closed doors, 30 minutes before taking the court, I had a procedure to numb my shoulder to get through the match," she said.

"Shoulder injuries are nothing new for me – over time my tendons have frayed like a string.

"I've had multiple surgeries – once in 2008, another procedure last year – and spent countless months in physical therapy.

"Just stepping on to the court that day felt like a final victory, when of course it should have been merely the first step toward victory.

"I share this not to garner pity, but to paint my new reality: my body had become a distraction."

Sharapova did not play again in 2019 after that loss to Williams and has played just twice this year, losing to the United States' Jennifer Brady at the Brisbane International and then to Croatia's Donna Vekić in the first round of the Australian Open.

They proved to be her last two competitive outings.

Sharapova shot to fame in 2004, when, as a 17-year-old, she beat Williams in the Wimbledon final to become the third-youngest woman to win Wimbledon behind England's Lottie Dod and Switzerland's Martina Hingis.

She became world number one in 2005, at the age of 18, and won the US Open the following year.

But in 2007, Sharapova started her long battle with shoulder trouble.

She won the 2008 Australian Open before a second shoulder injury kept her off the Women's Tennis Association tour for the second half of the season, missing the US Open and the 2008 Olympic Games in Beijing.

In 2012, Sharapova claimed the French Open title to become the 10th woman to complete a career Grand Slam.

She added Olympic silver to her lengthy list of accolades at London 2012, losing to Williams in the final.

Another shoulder injury saw her miss the second half of the 2013 season, although she returned the following year to win her second French Open crown.

In March 2016, Sharapova revealed she had failed a drug test at the Australian Open two months earlier.

After serving her 15-month ban, which was reduced from two years after an appeal to the Court of Arbitration for Sport, she returned to tennis in April 2017.

Sharapova won what proved to be her last career singles title at the Tianjin Open in China in October that year.