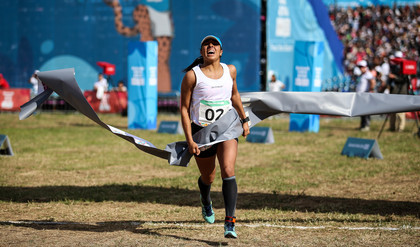 The Egyptian scored a total of 1,035 points in the A group at the Platinum Club.

In the B group, Germany's Annika Schleu came out on top with 1,033 points.

She was followed by Ireland's Sive Brassil with 1,032 points and Great Britain's Francesca Summers with 1,031.

As for the C group, Turkey's İlke Özyüksel led the way with 1,015 points.

Hungary's Tamara Alekszejev ranked second with 1,010 points, ahead of Russia's Gulnaz Gubaydullina with 1,009.

The women's final is due to take place on Friday (February 28).

Action in Cairo is scheduled to continue tomorrow with men's qualification.

The men's final is set for Saturday (February 29).