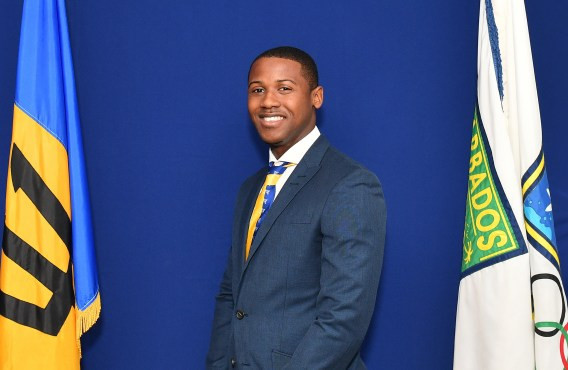 The Barbados Olympic Association (BOA) has announced that Ryan Brathwaite has been promoted to senior operations officer.

He will make the step-up from the role of projects officer and becomes responsible for the administration of the BOA's grant funding portfolio and athlete funding programme.

Brathwaite will also provide administrative support to the general manager Glyne Clarke and help with the coordination of the BOA's strategic plan.

He holds a Masters in sports administration from the Russian International Olympic University and worked for consultants Jon Tibbs Associates before joining the BOA.

"Ryan has proven to be a tremendous asset to the Association and is particularly recognised for his contribution to the BOA's marquee event, the Barbados Independence Invitational Games," the BOA said.

"The BOA is confident that his exposure with an international enterprise, along with the knowledge gained in his Masters studies, will be useful in his new position and will be an asset to the organisation."

Other confirmed appointments at the organisation include former volleyball player Kendia Brathwaite as programme officer in the National Olympic Academy.

Cofie Moore has also been hired as an office attendant and driver.

"The BOA is extremely pleased to welcome these three individuals in their new roles and looks forward to their contribution to the achievement of its vision," the organisation said.