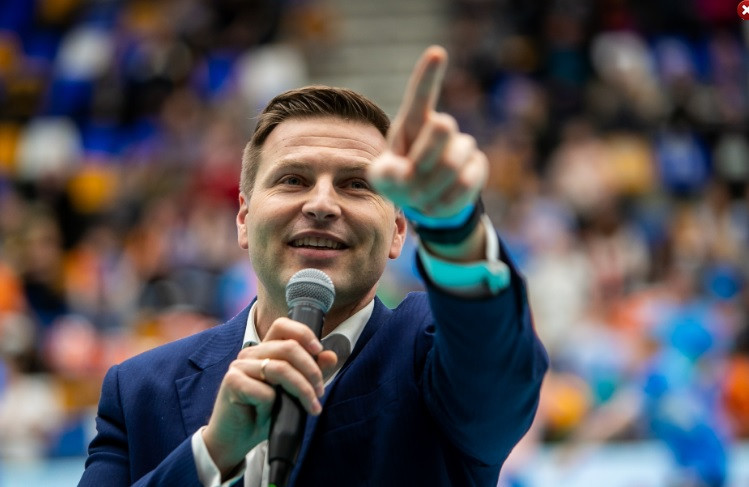 Pevkur, a vice-president of the CEV and a member of the International Volleyball Federation (FIVB) Board of Administration, is set to challenge incumbent President Aleksandar Boričić of Serbia, who announced his bid for re-election last year.

The 42-year-old Estonian, a former player, coach and head of the Estonian Volleyball Federation, claimed the CEV is "losing ground to other sports and this cannot continue".

The election is due to be held during the CEV General Assembly in Moscow on June 19, and it is not yet clear who else will be in the running for the top job at the continental body.

"I am putting my name forward because I believe that European volleyball has so much untapped potential, and while we have been making some steps forward these last years, we are losing ground to other sports and this cannot continue," Pevkur said.

"Now is the time for European volleyball to create a new future, one with new ambitions and new standards."

Pevkur, the former Minister of Social Affairs, Minister of Justice and Minister of the Interior who also chaired the Estonian Reform Party, has promised to leave politics if elected CEV President.

The Estonian believes the CEV "needs to modernise and adapt to the increased demand for clarity from all sides, as well as take advantage of new opportunities coming our way".

"Only then will the CEV become an attractive partner for Governments, sponsors, fans and the media; only then can we grow the commercial strength and popularity of our sport across Europe," Pevkur, who has been a CEV vice-president for four years, added.