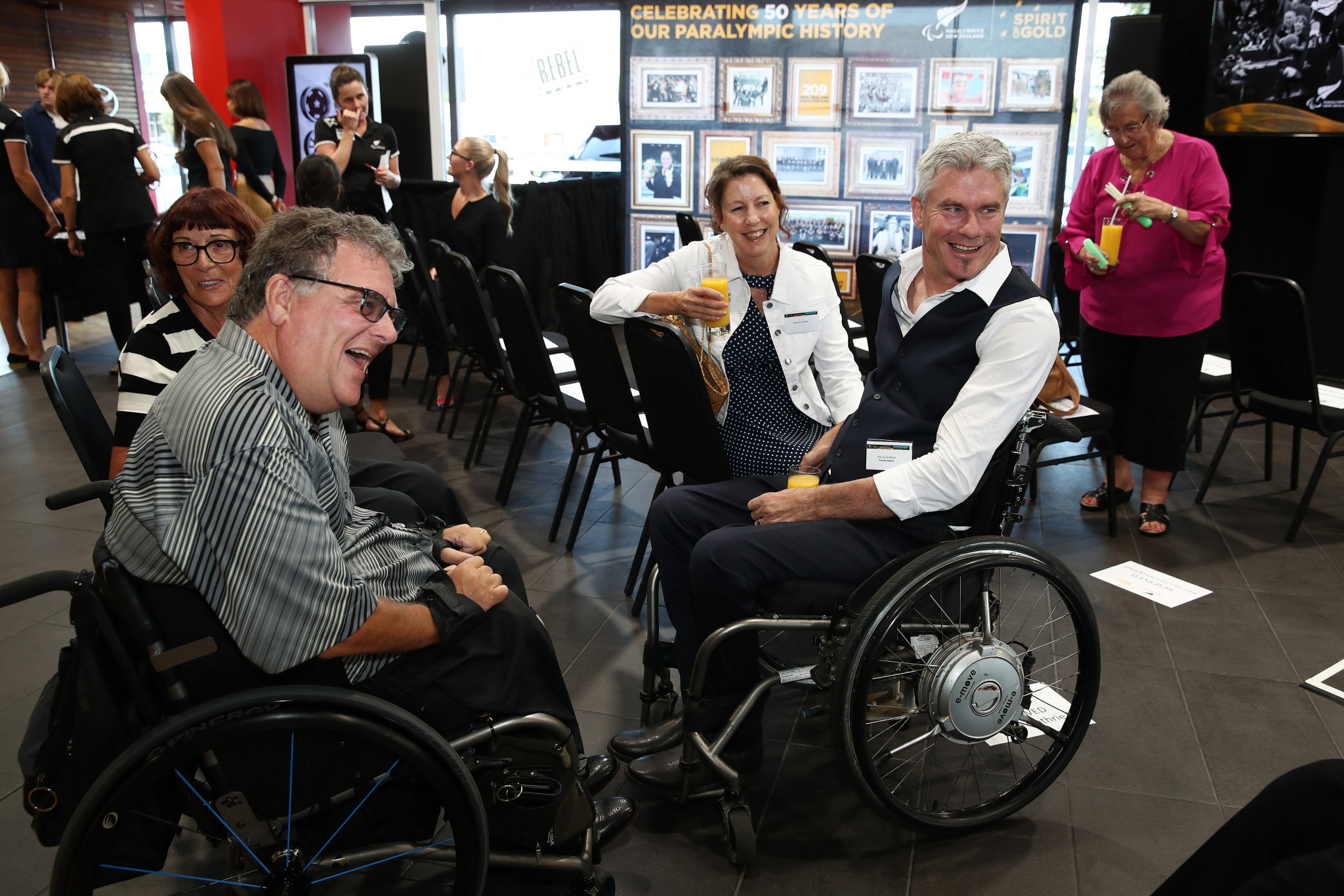 Paralympics New Zealand (PNZ) has marked the seventh community event as part of The Celebration Project in Auckland.

The Celebration Project will see the achievements of New Zealand’s 209 Paralympians since Tel Aviv 1968 be officially recognised and celebrated in the lead-up to the Tokyo 2020 Paralympic Games, which are set to begin in just six months' time.

Among them were five Para-athletics representatives in Latoa Halatau, Tewai Skipwith-Halatau, Gavin Foulsham, John Dowall and Robert Courtney, who is deceased and was represented by his family.

Together, they celebrated more than 50 years of Paralympic history in New Zealand, acknowledging the 209 Paralympians that have represented the country and amassed 221 medals.

The Paralympians joined a group of 76 that have now received their official "numbered" Paralympic pin and certificate following the Celebration Project events in Auckland, Whangarei, Hamilton, Tauranga, New Plymouth and Palmerston North during 2019.

The official Paralympic "number" is a unique number that is bestowed only once a Paralympian has competed at their first Paralympics.

Athletes are then ordered alphabetically within each Games.

"We were privileged to have 13 wonderful Paralympians and their families, friends and supporters, representing New Zealand Paralympic teams from Arnhem 1980 to London 2012 Paralympic Games come together in Auckland," PNZ's chief executive Fiona Allan said.

She continued: "We also celebrated a significant milestone with only six months to go for fellow Paralympians and Para-athletes that are currently preparing for the Tokyo 2020 Paralympic Games.

"There is no doubt the 13 Paralympians here will understand exactly how all Tokyo hopefuls are feeling and hope to follow in their footsteps and become New Zealand’s next Paralympian."

Skipwith-Halatau remembers her Paralympic debut at Arnhem 1980 and first long-haul adventure alongside husband Halatau, saying: "It was really exciting to be flying as part of the New Zealand Paralympic team and proudly wearing our uniforms.

"We all became really good friends and supported each other throughout the Paralympic Games.

"It’s the people you meet, that is what’s special about sport."

Skipwith-Halatau went on to win a bronze medal in the discus and also competed in the sprint, long jump, shot put and javelin.

She is now known for her leadership in disability development in the Pacific region and was a founding member of the Pacific Disability Forum.

Courtney’s family were presented with a PNZ Order of Merit pin during the evening as the Paralympian was awarded the accolade in 2009.

The PNZ Order of Merit is awarded to an exclusive group of individuals for outstanding service to Paralympic sport.

PNZ will stage a further five community events around the country, within the communities that are said to have so openly supported their Paralympic heroes for over 50 years.

The project has been made possible thanks to funding and support from the New Zealand Lottery Grants Board, New Zealand Chambers of Commerce and Toyota New Zealand.