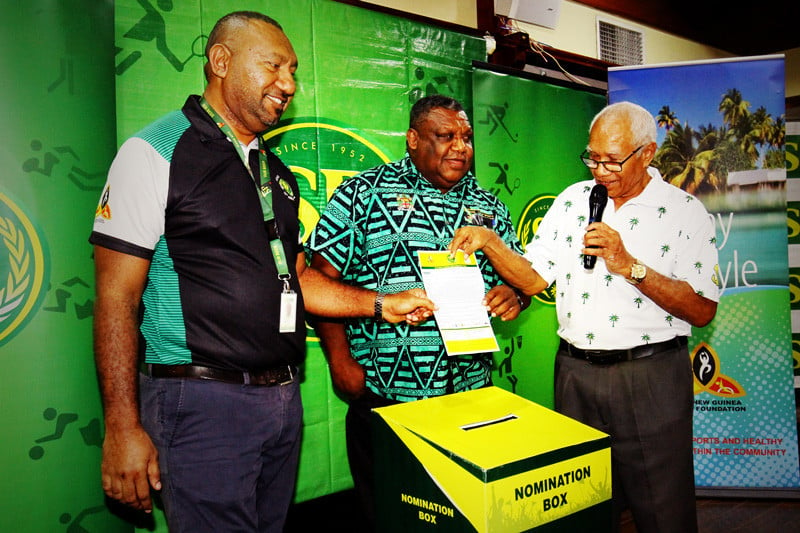 This year's SP Sports Awards are anticipated to be a tight contest among Papua New Guinea’s elite sports people.

It follows the country’s impressive performance at the 2019 Pacific Games in Samoa, finishing second in the medal table behind New Caledonia, and a host of other international sporting successes.

For 2020, the SP Sports Awards will introduce a new category which will recognise organisations that provide outstanding support through their continued partnership and collaboration with sport in Papua New Guinea.

Known as the Stan Joyce Award, it will be presented every two years.

The award is named after the former managing director of SP Brewery and brings the total number of categories to 13.

It will be presented before the Team of the Year Award during the presentation ceremony on May 30, 2020.

Nominations will be submitted by a special panel of experts from the PNGOC, Papua New Guinea Sports Foundation (PNGSF) and SP Brewery.

Sir John stated corporate organisations provide an important lifeline to sports through their sponsorships and partnerships.

"Most sporting organisations are run by volunteers who strive to raise much needed funds to carry out their programme," he said.

"PNG’s elite athletes also need a lot of support to realise their dreams by attending high-level training and competitions internationally."

Sir John added: "We are grateful to all our sponsors and partners who continue to breathe life to sports in PNG.

"Sporting achievements and eventual success will not be possible without the support of sponsors and partners."

During the launch, John Nilkare, SP Brewery's corporate affairs manager, said: "This award (the Stan Joyce Award) recognises the commitment and efforts from the corporate community in promoting and developing sport in the country through their corporate social responsibility programmes.

"The criteria of the award includes longevity, creativity, impact in the community and achievement.

"A panel consisting of the PNGOC, PNGSF, SP Brewery and independent reps will assemble to judge."

Sir John and Nilkare extended a call from the Organising Committee to the public to participate in this year's SP Sports Awards by nominating their sports officials, team, athlete or media personnel as per the awards categories on offer.

Nomination forms can be collected from the PNG Olympic Haus in Boroko, the National Capital District or through the PNGOC's website, Facebook and Twitter pages, and e-mail address: [email protected].

Nomination forms are also available at all SP Brewery offices throughout the country.

All completed nomination forms can be dropped off either at the PNGOC office in Boroko, PNGSF office at the Sir John Guise Stadium in Port Moresby, and at any SP Brewery office throughout Papua New Guinea.