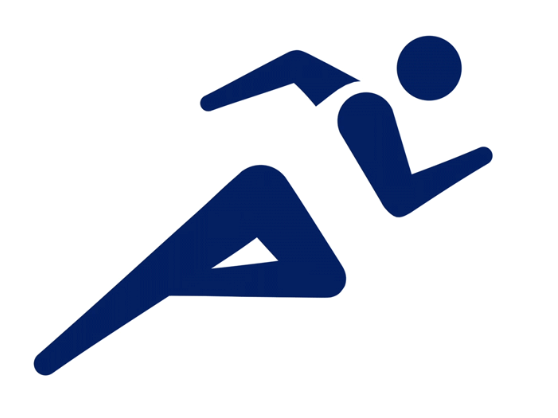 Tokyo 2020 has released the first-ever moving pictograms for this year's Olympic and Paralympic Games.

Fifty kinetic images have been released to cover all of the sports on both programmes.

Organisers said that the idea "reflected the modern era" which is symbolised by the year 2020.

They hope the moving pictograms will be used to enhance the experience of fans, both at the venues and at home.

"The new kinetic sport pictograms honour the legacy of past Olympic and Paralympic Games, while emphasising that the Tokyo 2020 Games will be the most innovative Games ever," a statement said.

All of the new pictograms appear as a series of three movements – appear, static and disappear.

They recreate three-dimensional movements of athletes, and were developed by Japanese motion designer Kota Iguchi.

More complex movements such as twists have been included.

"For the first time in the history of Olympic and Paralympic Games, we have taken on the challenge of animating the sports pictograms," said Iguchi.

"It took more than a year to create them, with input from so many people helping us add movement to the static pictograms, which were developed by a team led by graphic designer Masaaki Hiromura.

"The new kinetic sport pictograms will broaden the appeal of each sport by means of their beautiful and more easily conveyed expressions.

"I hope that they will brighten up each of the events and, while a creation of the Tokyo 2020 Games, I hope they will be passed on to future Games as a legacy for the future, as well as inspiring video designers in other countries."

As well as being used at the venues, the moving pictograms will also feature on Tokyo 2020's website and social media channels, as well as digital signs.

Tokyo 2020's static pictograms for the Olympics were revealed in March of last year, to mark the 500-days-to-go milestone, with the Paralympic designs following a month later.

Pictograms have become a regular feature at the Games since Tokyo last played host in 1964.

Their purpose is to communicate sports visually to athletes and spectators.

Tokyo 2020 said their pictograms are in line with a promise of "innovation from harmony", with the designs aimed at subtly highlighting the characteristics and athleticism of each sport.