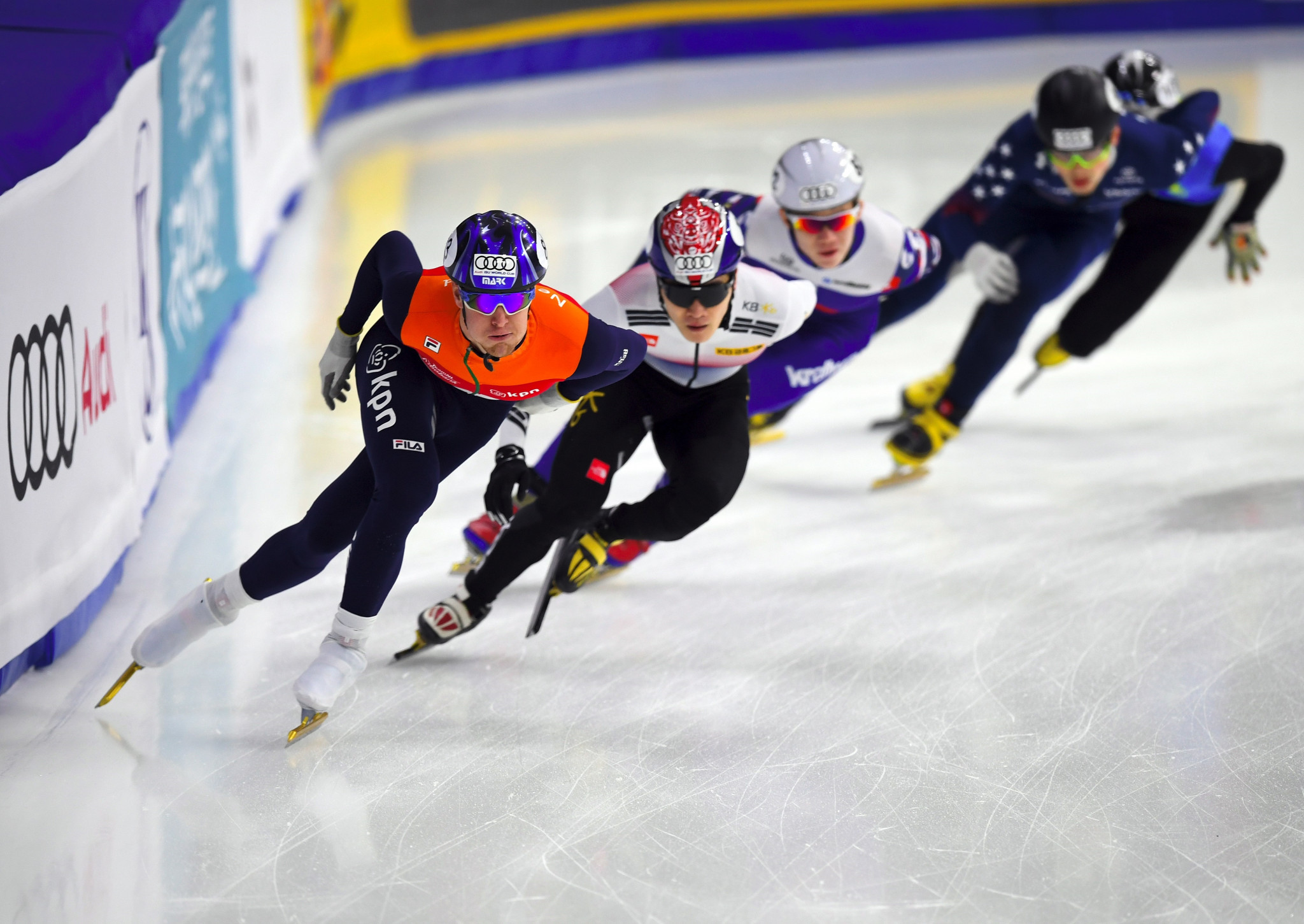 The World Short Track Speed Skating Championships in Seoul have been cancelled due to the coronavirus outbreak.

A statement from the International Skating Union (ISU) also admitted that postponing the event or holding it elsewhere would be "difficult to achieve".

It comes after authorities in the South Korean capital ordered the closure of the Mokdong Ice Rink and the cancellation of all competitions.

Action was due to take place between March 13 and 15.

"The ISU is closely following the coronavirus developments," the governing body said.

"The ISU stands by all those who have been affected and threatened by this situation and wishes success to all those fighting to overcome the crisis, with the expectation and hope that the situation will be restored to normal as quickly as possible.

"The ISU expresses condolences to the families who have lost their loved ones due to this contagious disease.

"In view of the planned ISU World Short Track Speed Skating Championships in Seoul, South Korea, on March 13 to 15, 2020, the ISU was especially monitoring the situation in the Seoul area.

"The ISU was informed through the Korea Skating Union that the competent authorities of the city of Seoul ordered the closing of the Mokdong Ice Rink and the cancellation of all planned competitions.

"The ISU therefore is unable to hold the ISU World Short Track Speed Skating Championships 2020 at the above-mentioned planned date.

"The ISU thanks the Korea Skating Union for their efforts to prepare for this event and for their cooperation during the critical monitoring phase leading up to this decision."

Two major sporting events in South Korea have now been disrupted in the space of two days due to coronavirus, after the World Team Table Tennis Championships in Busan were postponed yesterday.

Rearranging the short track may not be possible due to a number of issues, the ISU said.

"Taking into account the uncertain worldwide development of the coronavirus, the limited and uncertain available time slots during the coming weeks and the logistical challenges of potential organisers and participating teams, a postponement and/or relocation of the Championships would be difficult to achieve," the governing body added.

"Nevertheless, a postponement and/or relocation of the Championships might be considered if the circumstances would allow so in due time.

"Before taking a final decision, the ISU will remain in close contact with the Korea Skating Union and ISU members.

"The ISU regrets that the most important annual short track event cannot be staged as planned but believes that under the current circumstances ISU members, skaters and fans will understand this decision."

South Korea has reported more than 1,200 cases of coronavirus, which has forced the cancellation or postponement of numerous sporting events.

It is the worst-affected country other than China, where the outbreak originated.

More than 2,700 deaths have been reported, and more than 81,000 people have now been infected across the world in all.

The huge majority of cases are within China itself.