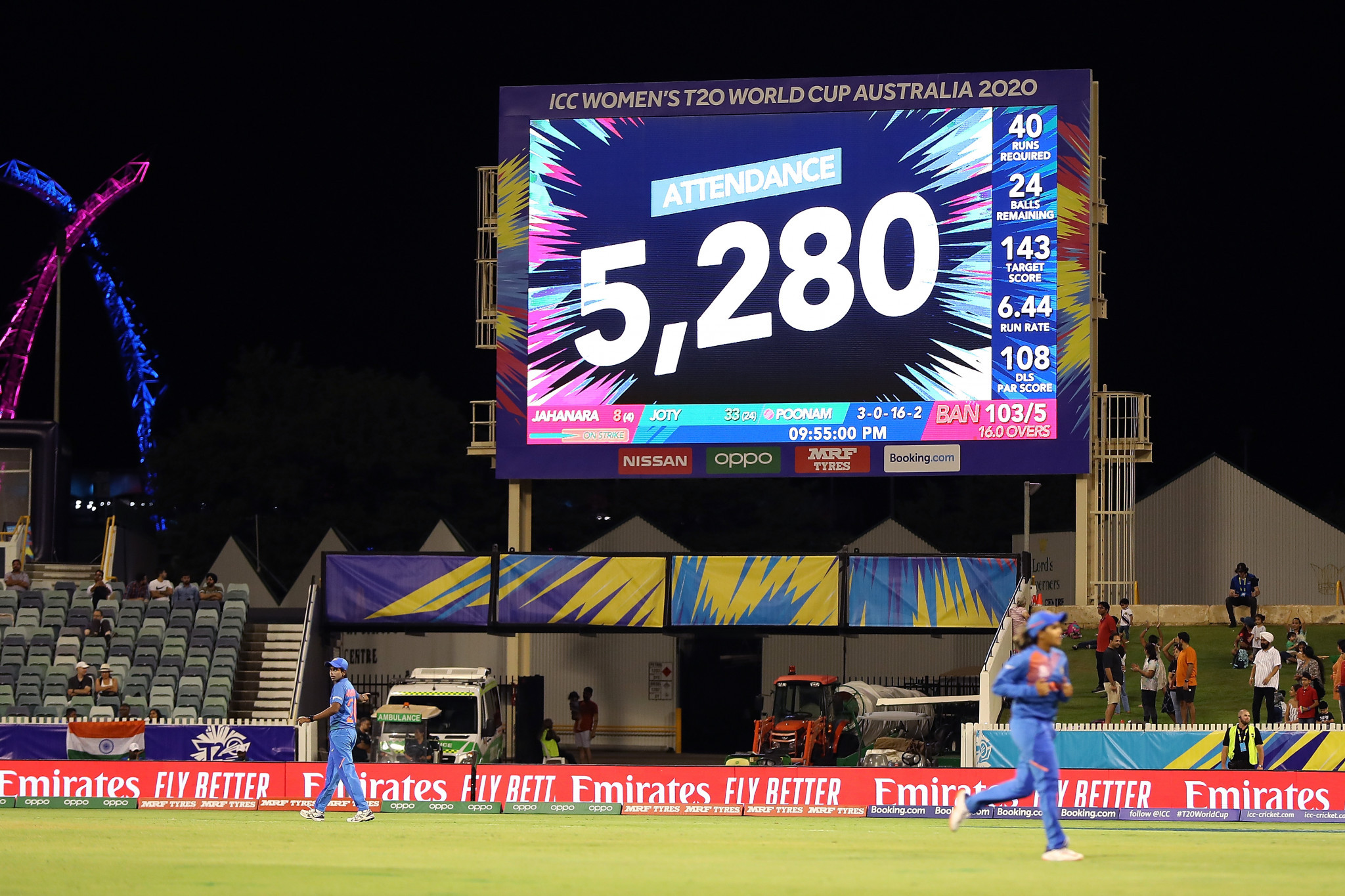 The International Cricket Council (ICC) Women's T20 World Cup in Australia is only six games old but has already set a series of viewing records.

The opening game between the hosts and India at Sydney Showground Stadium attracted 13,432 spectators - more than triple to previous biggest crowd for a women's international cricket match in Australia.

India shocked the world number one to win that encounter.

It is anticipated that the final, being played at the 102,000-seat Melbourne Cricket Ground, could shattered the new mark.

Yesterday's doubleheader at the WACA Ground in Perth had an attendance of 5,280 - a new record for a women's cricket in Western Australia and also bigger than the pre-tournament record attendance for a women's international cricket match in the country.

The tournament is attracting an audience beyond the stadiums, with the ICC reporting that videos from the tournament have already received more views on its social media channels than any other women's event.

Highlights from the opening match have been watched the most, with highlights from Thailand's debut at the top table of international cricket against West Indies second.

TV coverage has also gone down well, with Australia's game versus India the most-watched women’s cricket match ever in Australia.

It had a combined average audience of 448,000, having been broadcast on 9GEM and Fox Cricket.

That match generated more viewing minutes in Australia than the entire ICC Women’s World Twenty20 2018, which was played in the Caribbean.

Three days into the tournament, viewing minutes in Australia were already more than thrice that of the entire 2018 tournament.

Two semi-finals will be played on March 5 and the final on March 8.