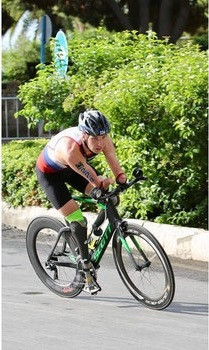 Russian triathlete Mikhail Astashov has reportedly started working as a food delivery courier to raise money to compete at this year’s Paralympic Games in Tokyo.

As reported by The Moscow Times, it comes after regional sports officials allegedly failed to provide financial assistance to the 31-year-old.

Reports suggest sports officials in the Sverdlovsk region, where Astashov lives, are not helping him to cover the costs.

He has subsequently turned to working for Yandex, a service that allows users to order food from their favourite local cafes and restaurants.

Earlier this month, the Sverdlovsk region’s sports administration’s top official, Leonid Rapoport, said Astashov would be provided with the necessary help to compete in the qualifiers.

"We found the resources for him to go through all the stages of preparation," Rapoport told Russia's official state news agency TASS.

Astashov's assistant Ivan Alypov has denied that the athlete took the job to save money for the qualifiers, claiming the story is the "fantasies of journalists".

"It was his personal desire is to try to get a job," Alypov was reported as saying by Global Domain News.

"Then someone shot on a mobile phone.

"Then the journalists rocked the story that he needed money."