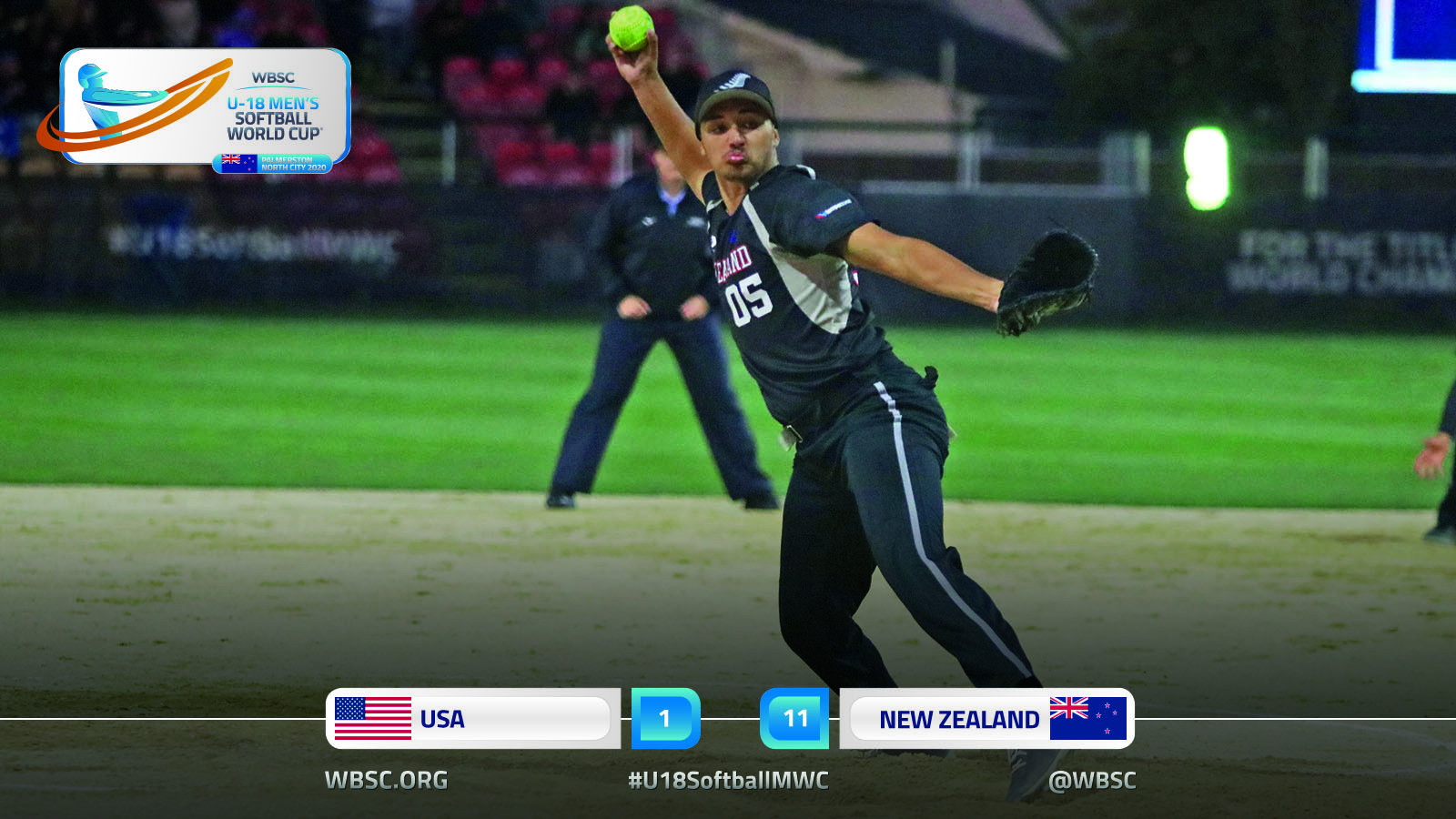 New Zealand bounced back from a heavy defeat to Japan in their opening match, to take their first win of the World Baseball Softball Confederation (WBSC) Under-18 Men's Softball World Cup at Colquhoun Park in Palmerston North.

Their 12-1 loss to the world number one was quickly forgotten after their comprehensive win over the United States in an 11-1 win led by Te Kirika Cooper-Nicola who sits with the most runs in the team so far in the tournament with three.

The Kiwis killed off a close match with seven runs in the fourth inning as the Americans conceded defeat.

Unlike the day before, most results went as expected with Japan thrashing Guatemala 12-1 after scoring eight runs in the third and Mexico denying Denmark any runs in a 13-0 demolition job.

In lowerscoring matches, the Czech Republic also denied South Africa any runs in a 7-0 win that lasted six innings, while Canada overturned an early lead by Singapore to win 8-4, with the key moment being their five runs in the fourth inning.

Elsewhere, Australia remain undefeated in Group A after negotiating, on paper, a match against the most difficult team in the group in world number two Argentina, with the reigning champions coming out 6-4 winners.

While Australia are joined by Canada at the top of Group A, top seeds Argentina sit joint bottom with South Africa after their shock defeat to Singapore, who sit with Czech Republic on one win and one loss.

Japan and Mexico also remain undefeated in Group B, with the hosts in joint third with Guatemala followed by Denmark and the US, who are yet to win a match.