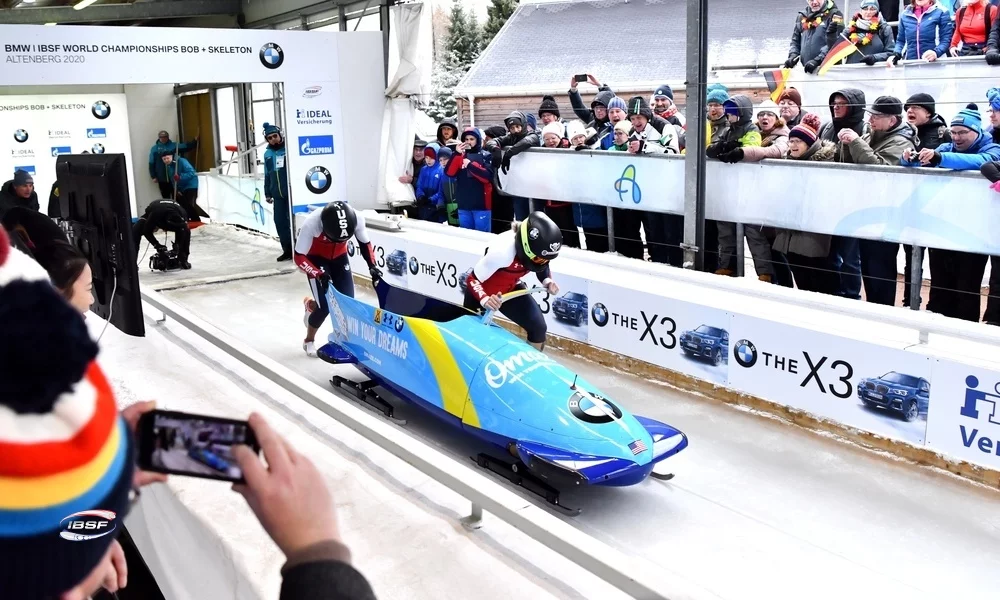 Kaillie Humphries of the United States earned the third International Bobsleigh and Skeleton Federation World Championship title of her career by winning the two-women event in Altenberg.

Humphries began the second day of competition with a 0.21 second cushion at the top of the standings, after she finished in 1min 52.80sec with Lauren Gibbs in yesterday’s two heats.

Kim Kalicki and Kira Lipperheide shaved 0.02 seconds off their deficit in the third heat of the competition.

The German duo posted the fastest third run time of 56.25, while Humphries and Gibbs remained consistent on 56.27.

Humphries steered the US to victory by posting a time of 56.41 in the final run of the competition.

It gave Humphries and Gibbs an overall winning time of 3:45.49.

The world title is a first for Humphries when representing the US.

Humphries switched nationality from Canada at the start of the season after alleging "verbal and mental abuse" at the hands of a coach.

Kalicki and Lipperheide finished as the silver medallists by ending in 3:45.86, with Canada’s Christine De Bruin and Kristen Bujnowski winning bronze on 3:46.55.

Reigning Olympic and world champion Mariama Jamanka missed out on a medal after placing fourth with Annika Drazek in 3:46.69.

Both athletes have since been given the all-clear.

Francesco Friedrich made a strong start to the men’s two-man event as he bids to win a record sixth consecutive title.

That feat is matched only by Italy's Eugenio Monti, who achieved it between 1957 and 1961.

Friedrich and Thorsten Margis lead the competition by nearly one second after the first two heats after ending the day on 1:48.09.

Their compatriots Nico Walther and Eric Franke are 0.94 seconds down, with an all-German top three rounded off by Johannes Lochner and Christopher Weber on 1:49.19.