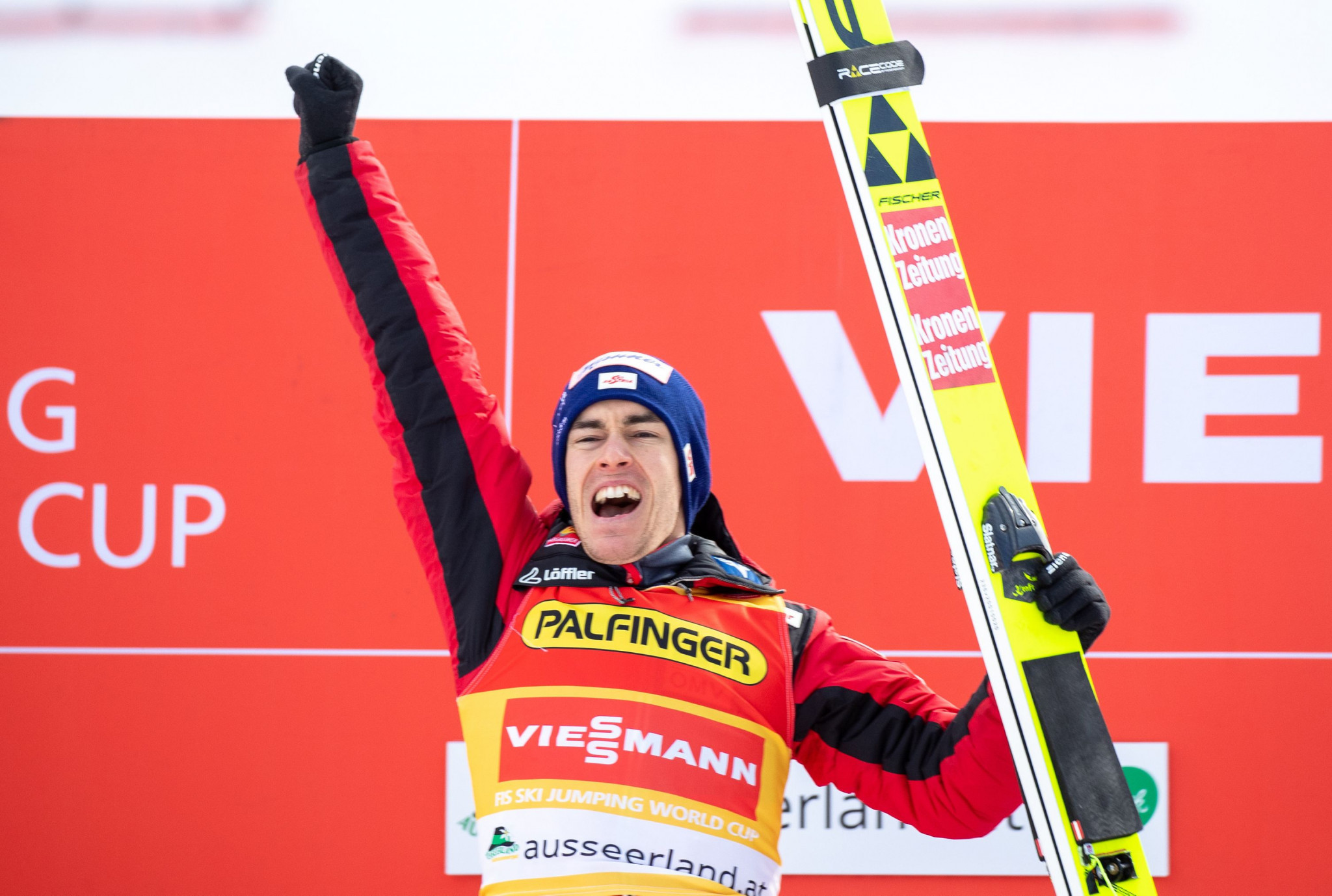 The World Cup leader had seen his advantage cut yesterday when nearest rival Karl Geiger of Germany triumphed at the Romanian venue.

Kraft and Geiger were again at the top of the standings on the second day of competition.

A first-round jump of 103 metres saw Kraft top the leaderboard at the halfway mark, with the effort worth 137.7 points.

The Austrian managed a distance of 97.5m with his second attempt, giving him an overall total of 270.3.

The score saw Kraft improve on his third-place finish yesterday, as he sealed a 20th World Cup win.

The podium places were completed by Germany’s Constantin Schmid, who finished with a total score of 260.2.

Kraft now has a lead of more than 100 points to Geiger in the World Cup standings following the victory.

Following the back-to-back competitions in Râșnov, which was making its debut on the World Cup circuit, only six competitions remain this season.