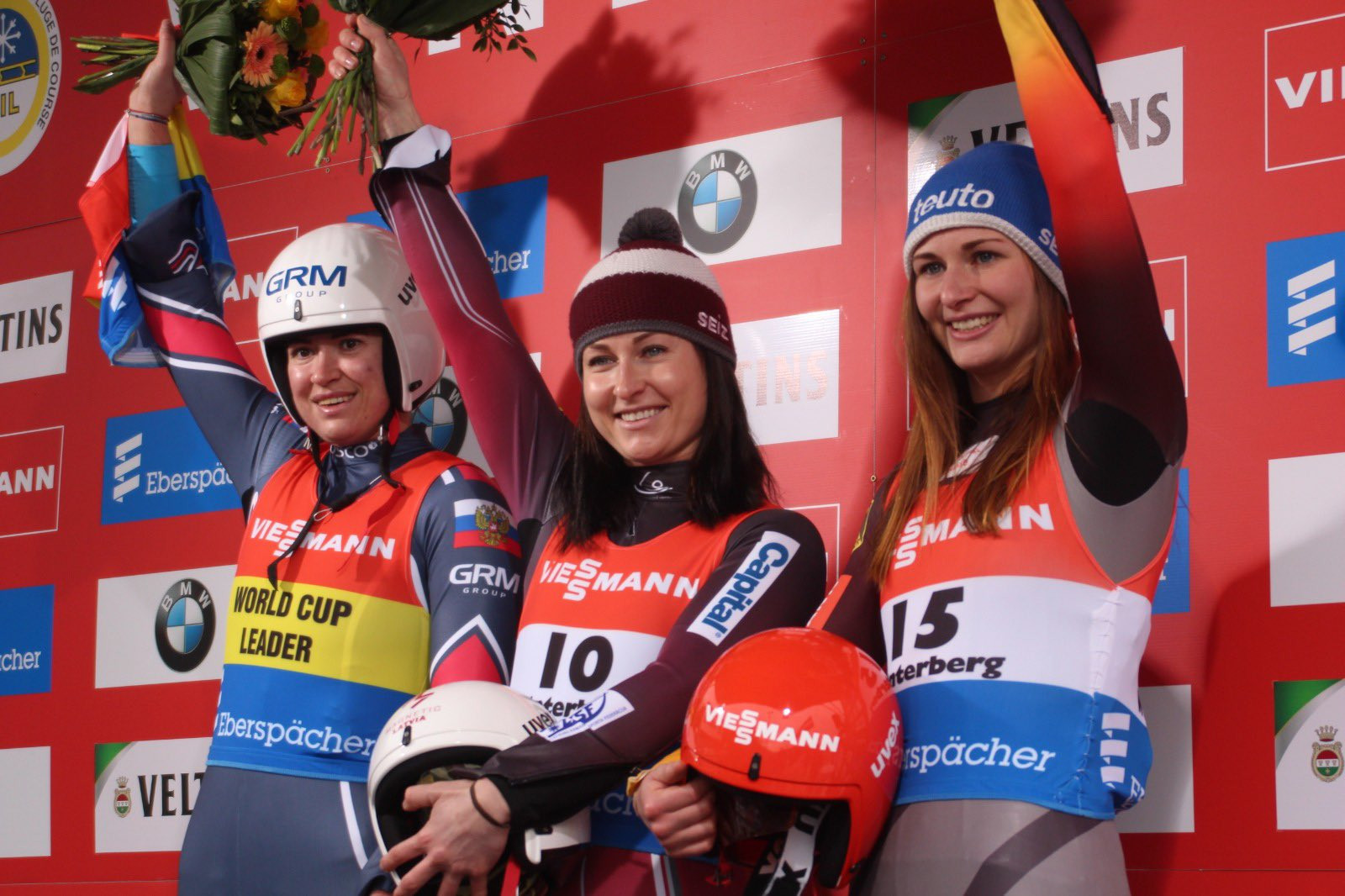 Cauce clinched gold in a time of 1min 27.481sec in the women's event, which began from the doubles starting point because of the safety concerns that had prompted a host of athletes to withdraw from the competition.

Russian Tatyana Ivanova extended her lead at the top of the overall women's standings after finishing 0.080sec behind the Latvian.

Julia Taubitz of Germany, second to Ivanova in the race for the overall title, was third.

"After my mistake at the World Championships, I told myself that that would never happen to me again," Cauce said.

"Now I am really happy.

"The track in Winterberg has never been easy to tackle, no matter what the conditions are like.

"If you make a mistake there, then you crash.

Ludwig triumphed in the men's race in the absence of Olympic champion David Gleirscher of Austria and Pyeongchang 2018 silver medallist Chris Mazdzer of the United States, who skipped the event because of safety fears.

The German clocked 1:52.285 to edge out Kristers Aparjods of Latvia, while Ludwig's compatriot Sebastian Bley did enough for third.

The men's competition commenced from the women's start owing to concerns over the track.

The build-up to the race had been dominated by the withdrawals of the Austrian and American teams, while others including two-time Olympic gold medalist Felix Loch also decided to skip the event.

Three weeks ago the Junior World Cup tour was stopped in Winterberg because of safety issues.

There have been complaints from competitors that ice build-up on certain track curves significantly increases the chance of crashing.

Mazdzer was also critical of the International Luge Federation in his statement confirming he would not participate in Winterberg.