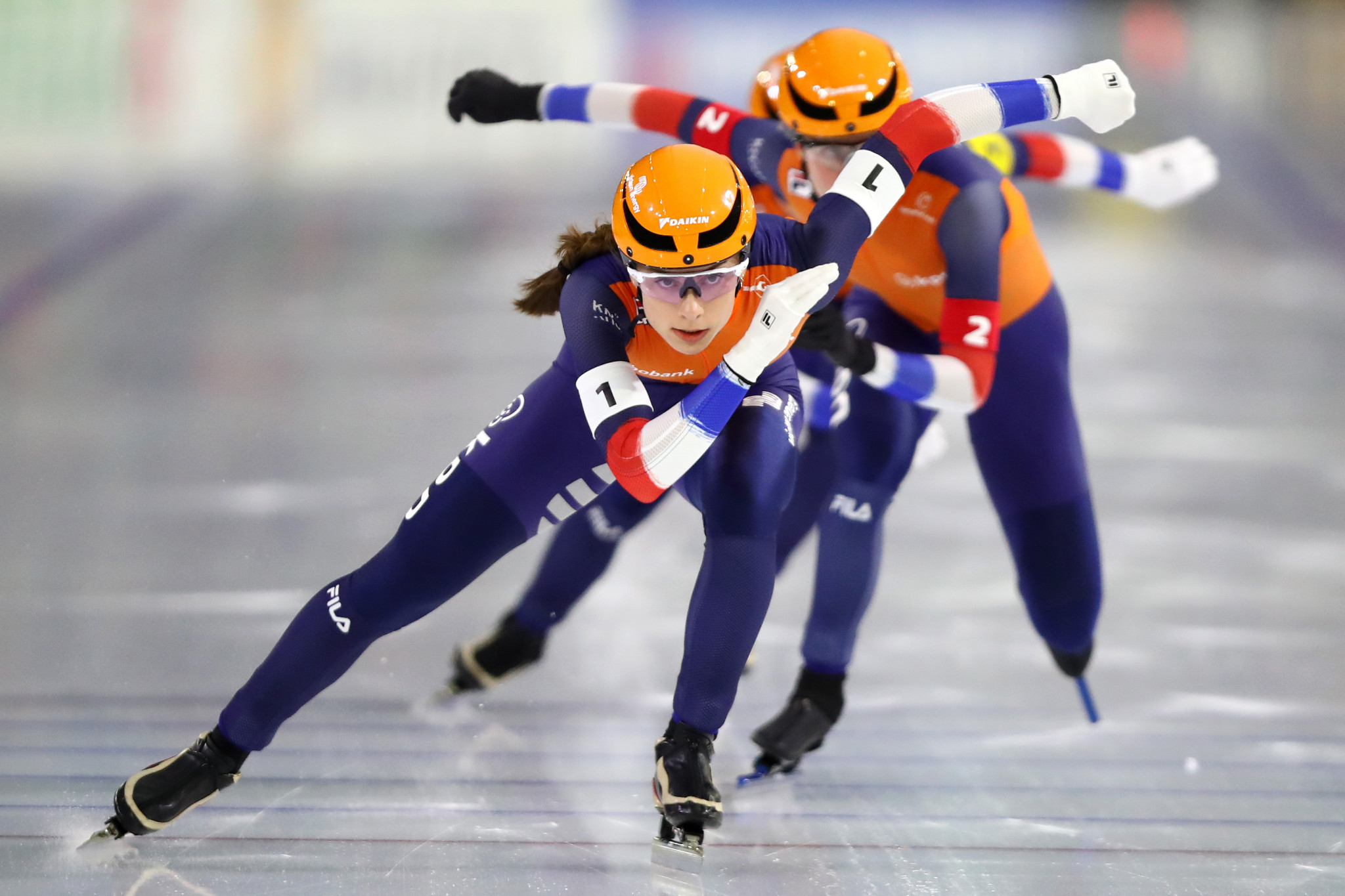 The Netherlands had a clean sweep in the women's 1,000 metres and took five of the six women's medals on day two of the International Skating Union (ISU) World Junior Speed Skating Championships at the Arena Lodowa in Tomaszów Mazowiecki.

The 19-year-old, who is part of the Dutch team who recently broke the team sprint world record at senior level, was a clear winner with 0.82sec separating her and the silver medallist, Robin Groot.

They were joined on the podium by team-mate Marrit Fledderus, who won bronze just ahead of Canada’s Alexa Scott.

Japan's Momoka Horikawa was 3.90 back to deny another all-Dutch podium, with Merel Conijn third and Kok fourth.

In a tight finish, six other skaters were within a second of the gold medal.

The smallest gap between skaters came between the silver and bronze medallists, who finished 0.13 and 0.14 behind Kongshaug.

Kuratsubo was ahead of his team-mate Wataru Morishige for the bronze, with Russia’s Stepan Chistiakov completing the top five.

A Russian did win the men's 5,000m race though - Daniil Aldoshkin.

His time of 6:36.172 saw him beat The Netherlands' Yves Cornelis Vergeer by more than three seconds, while American Casey Dawson took bronze.