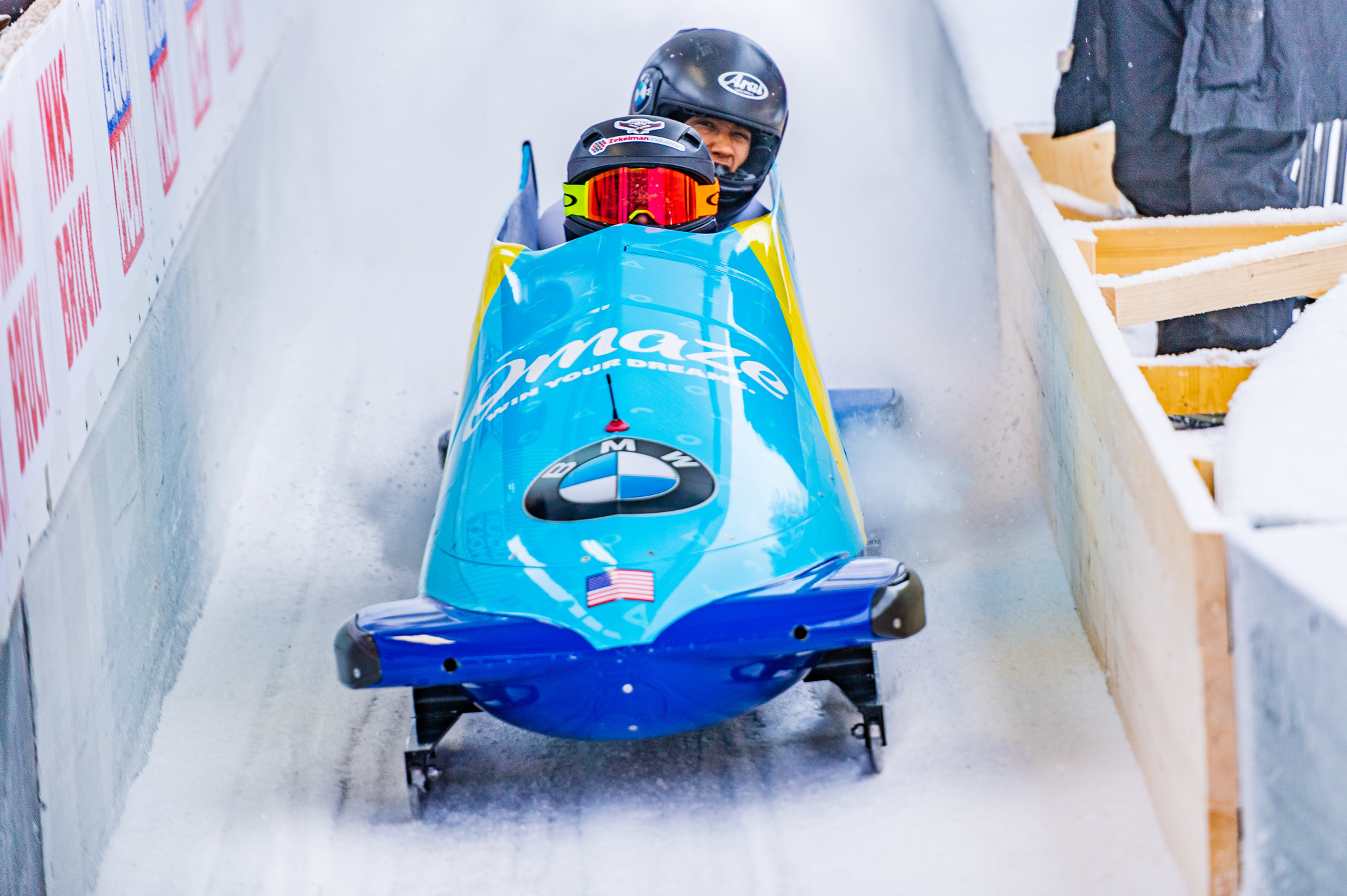 Kaillie Humphries took control of the two-woman competition at the International Bobsleigh and Skeleton Federation World Championships in Altenberg by achieving the fastest two runs on the opening day of the event.

Humphries, who switched from representing Canada to the United States before the season, opted to miss the final race of the World Cup season last week to concentrate on these Championships at the  Altenberg bobsleigh, luge, and skeleton track

She won four World Cup races in the season but sacrificed a likely overall title to focus on her preparations this weekend.

Humphries’ decision looks to have been a correct one, as she heads the standings at the halfway mark.

The pilot, competing with Lauren Gibbs, recorded a first run time of 56.47sec to take an early lead.

A faster second run time of 56.33 saw the pairing finish the opening day with a total score of 1min 52.80sec.

Germany’s Kim Kalicki and Kira Lipperheide will have their sights set on the leading duo tomorrow, when the final two heats of the event are due to take place.

The local pairing will have to make up a deficit of 0.21 seconds if they are to overhaul Humphries and Gibbs.

Schneider and Leonie Feibig are 0.54 seconds behind the leaders at the end of the opening day’s racing.

Another German pair, led by reigning Olympic and world champion Mariama Jamanka, lies outside the podium places in fourth, after ending day one in a time of 1:53.44 with Annika Drazek.

Humphries will hope to be crowned world champion for the third time in her career tomorrow.

Her last gold medal at the event came back in 2013, when the World Championships took place in St Moritz.

The first two runs of the men’s two-man competition are also set to take place tomorrow, with Germany’s Francesco Friedrich seeking to win the event for a record sixth consecutive time.