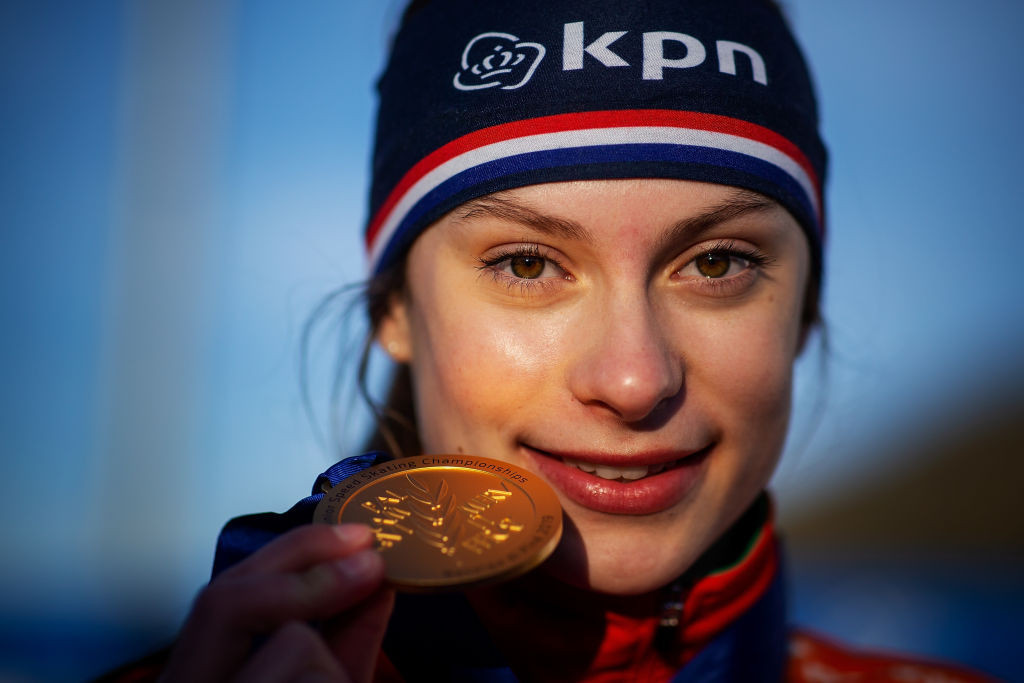 Last year, Kok won both the all-round title and the 1,500 metres crown at the ISU World Junior Speed Skating Championships in Baselga di Piné in Italy.

Despite still being eligible in the junior ranks, the 19-year-old has already impressed in the senior ranks too.

Both times she skated a junior world record, setting the mark at 37.45sec in Salt Lake City last week.

Coming off the fastest ice on the planet at the Utah Olympic Oval, Kok will have to adapt quickly to the sea-level rink at the Polish town’s Arena Lodowa.

Even more than his Dutch female counterpart Kok, South Korea's Chung Jae-won has already made a name for himself in the senior ranks.

The 18-year-old became the youngest South Korean male athlete to win a Winter Olympic Games medal when he helped his country to a silver in the team pursuit event at Pyeongchang 2018, aged just 16 years and 245 days.

Last week in Salt Lake City, he had to settle for eighth place in the mass start.

Because of his appearances in the international senior tournaments this season, Chung did not participate in any ISU Junior World Cup Speed Skating events.

Action in Tomaszów Mazowiecki is due to begin tomorrow and conclude on Sunday (February 23).

At last year's ISU World Junior Speed Skating Championships, The Netherlands led the medal table in the women's events and South Korea did so in the men's.