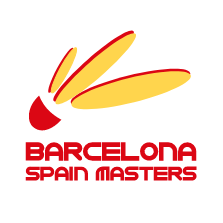 Chinese Taipei's Chang Ching-Sheng beat two home players to set up a clash with Denmark's Jan Ø. Jørgensen in the first round of the men's singles draw at the Badminton World Federation (BWF) Barcelona Spain Masters.

It sets up a clash with 2015 world bronze medallist Jørgensen, who is seeded seventh at the BWF World Tour Super 300 event.

Rajarajan will face France's Thomas Rouxel in round one, where Nilsson meets Thailand's Kunlavut Vitidsarn and Popov goes up against India's Ajay Jayaram.

The 2017 world champion has been handed an opening test against Singapore's Loh Kean Yew.

India's World Championships bronze medallist B. Sai Praneeth is seeded second and has been drawn with compatriot Sameer Verma.