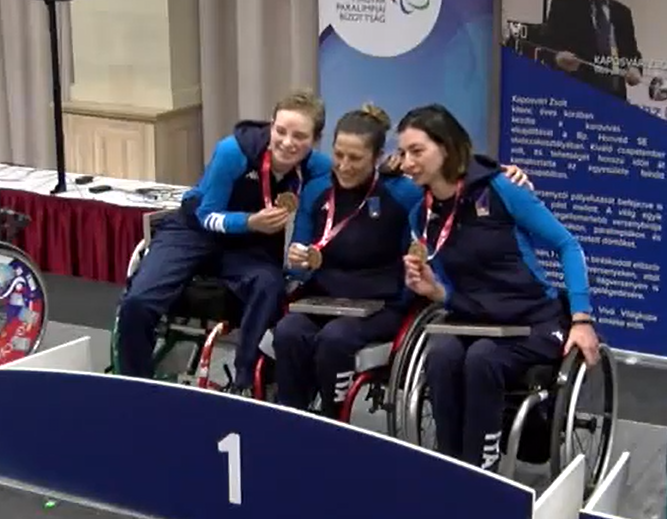 The Italian team of Andrea Mogos, Loredana Trigilia and Beatrice Vio were among the favourites for gold at the Hotel Eger and Park.

The trio cruised to a 45-8 win over Brazil in the quarter-final stage of the event, before edging Hong Kong 45-43 in the last four.

Russia provided the opposition in the final after they triumphed 45-35 against hosts Hungary in their semi-final.

A strong performance from the Italian team led them to a 45-32 win over Russia’s Viktoria Boykova, Alena Evokimova, Iuliia Maya and Irina Mishurova.

The result provided the perfect response for Vio, after the Italian world champion had missed out of the individual final yesterday.

Hungary triumphed in the bronze medal contest with their team of Gyöngyi Dani, Eva Hajmasi, Zsuzsanna Krajnyak and Boglarka Mezö winning 45-26 against their rivals from Hong Kong.

The Greek team of Vasileios Ntounis, Gerasimos Pylarinos-Markantonatos and Panagiotis Triantafyllou were left settling for silver.