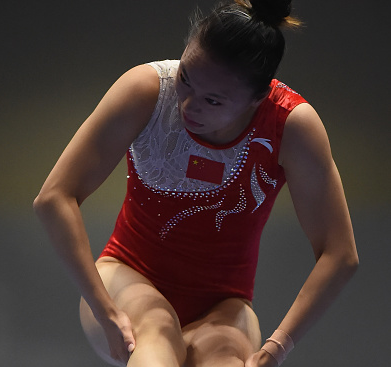 Gao was rewarded for a fine performance with a score of 61.585 points from the judges.

The podium in Baku would be a repeat of the World Championships in Tokyo, with Belarus’ Ivan Litvinovich and Dong Dong of China following Gao.

The women’s event saw Zhu pick up where she left off, having topped the qualification standings yesterday.

Zhu emerged as a dominant winner of the event, scoring 55.810 points to earn gold.

Her compatriot Liu Lingling settled for the silver medal with a score of 54.945.

Meanwhile, Russia celebrated a one-two in the women’s tumbling competition.

Viktoriia Danilenko clinched victory after scoring a combined 66.600 from her two routines, with team-mate Irina Silicheva placing second on 64.800.

United States’ Tia Taylor rounded off the podium by ending on 64.300.

There was success for the US team in the men’s tumbling event, as Kaden Brown won gold by nearly two points.

The American gymnast won the competition with a score of 75.400, with Australia’s Ethan McGuinness second on 73.600.

Russia’s Aleksandr Lisitsyn ensured the final would be a repeat of yesterday’s top three in qualification, as he placed third on 72.700.

The event in Baku offered gymnasts the penultimate chance to boost their Tokyo 2020 qualification hopes through the World Cup circuit.