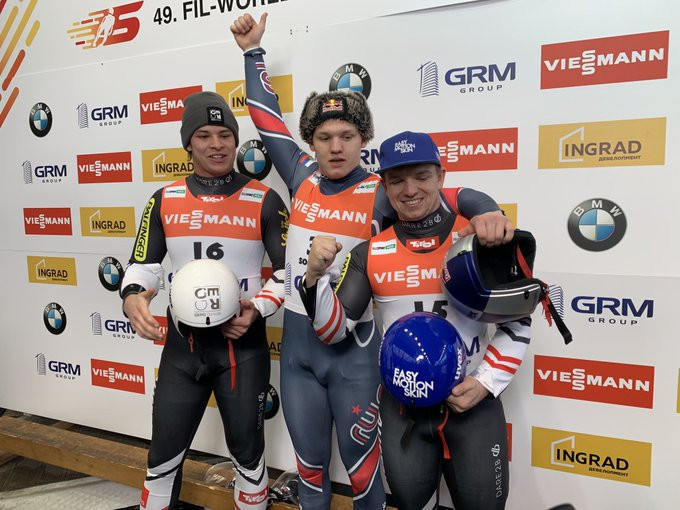 Roman Repilov sealed the men's sprint and singles double to complete a clean sweep of the individual titles for Russia at their home Luge World Championships in Sochi.

The 23-year-old clinched his maiden singles world title in a dramatic competition after Olympic champion David Gleirscher of Austria crashed on the final run at Sanki Sliding Center.

Gleirscher was the last athlete to take to the course after producing the fastest first run of 51.466sec but the crash ended his chances of leapfrogging Repinov into top spot.

The Russian, second after the opening run, earned gold in a combined time of 1min 43.099sec.

Müller's compatriot Wolfgang Kindl did enough for bronze after clocking 1:43.301, although the Austrian team's results were overshadowed by Gleirscher failing to secure gold.

"After winning the world title in the sprint I was the favourite on my home track in front of a home crowd," said Repilov.

"David Gleirscher’s track record inspired me for the second run.

"I’m really sorry he crashed, but that’s luge for you."

Russia also topped the podium in the men's doubles sprint event thanks to Alexander Denisyev and Vladislav Antonov.