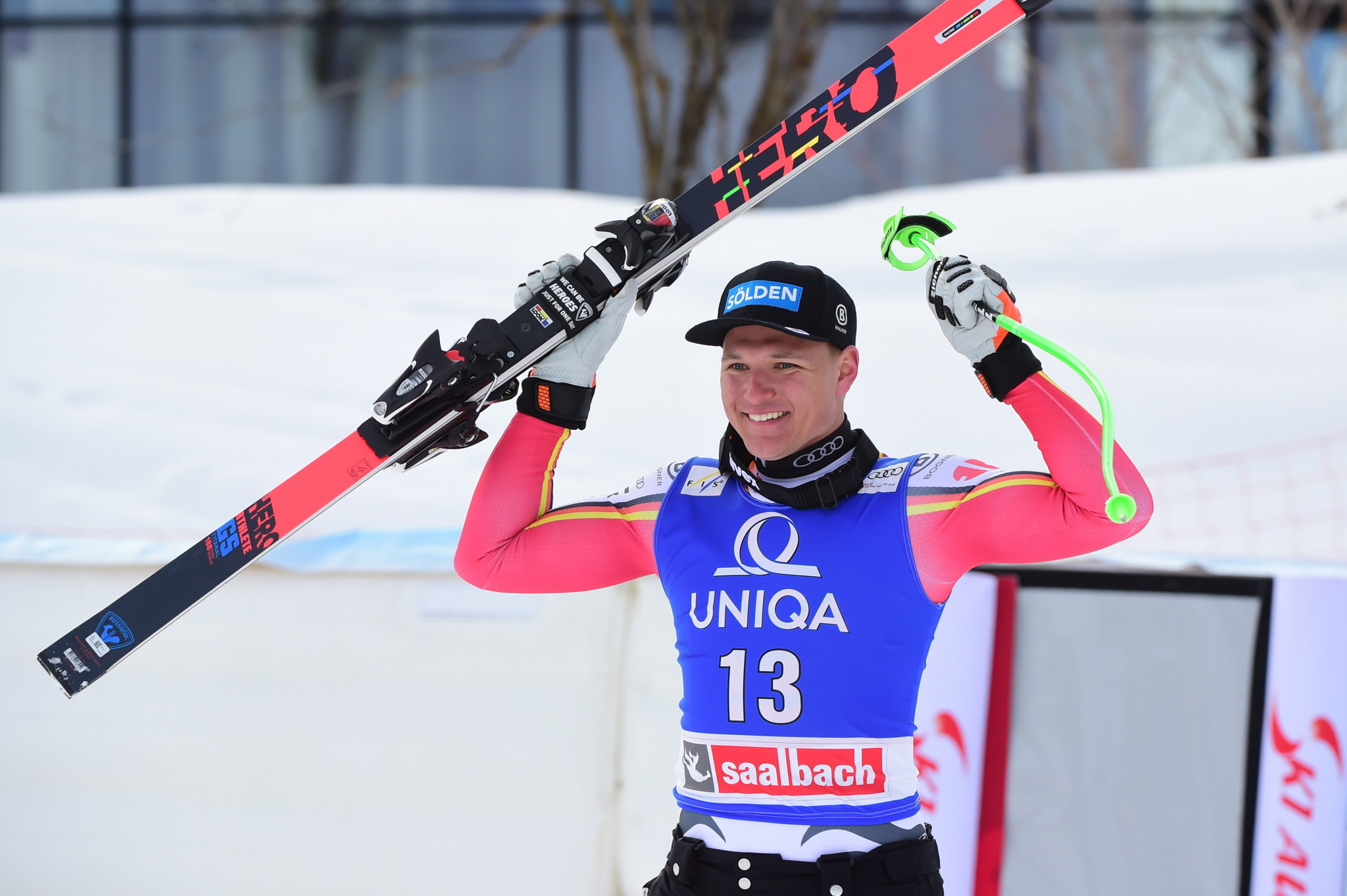 The 26-year-old speed ace nearly skied out halfway through his run but recovered to clock an unrivalled time of 1 min 32.96sec.

He becomes the first German skier to win two straight downhill races, having triumphed on home snow in Garmisch-Partenkirchen on February 1.

"Today it was just amazing and I was actually surprised when I saw the green light after the mistake I did at the top," Dressen said.

"I went to school just 30 minutes from here, and today I met some class-mates and teachers from my school.

🇩🇪 #ThomasDressen goes full throttle ✊ in @saalbach and makes it two in a row in Downhill! @BeatFeuz finishes second and #MauroCaviezel third in a very tight finish! #fisalpine #saalbach pic.twitter.com/j4J6irqo4P

Dressen's downhill win was his third of the season and fifth overall.

He beat Switzerland's Beat Feuz, the leader of the FIS Alpine Ski World Cup standings for men's downhill, by 0.07 seconds.

Feuz was followed by three compatriots, with Mauro Caviezel 0.09 seconds off the pace in third place and Carlo Janka and Niels Hintermann in fourth and fifth, respectively.

He would have sealed the overall men's downhill title for the third successive year if he won today.

Action in Saalbach-Hinterglemm is due to conclude tomorrow with the super-G event.