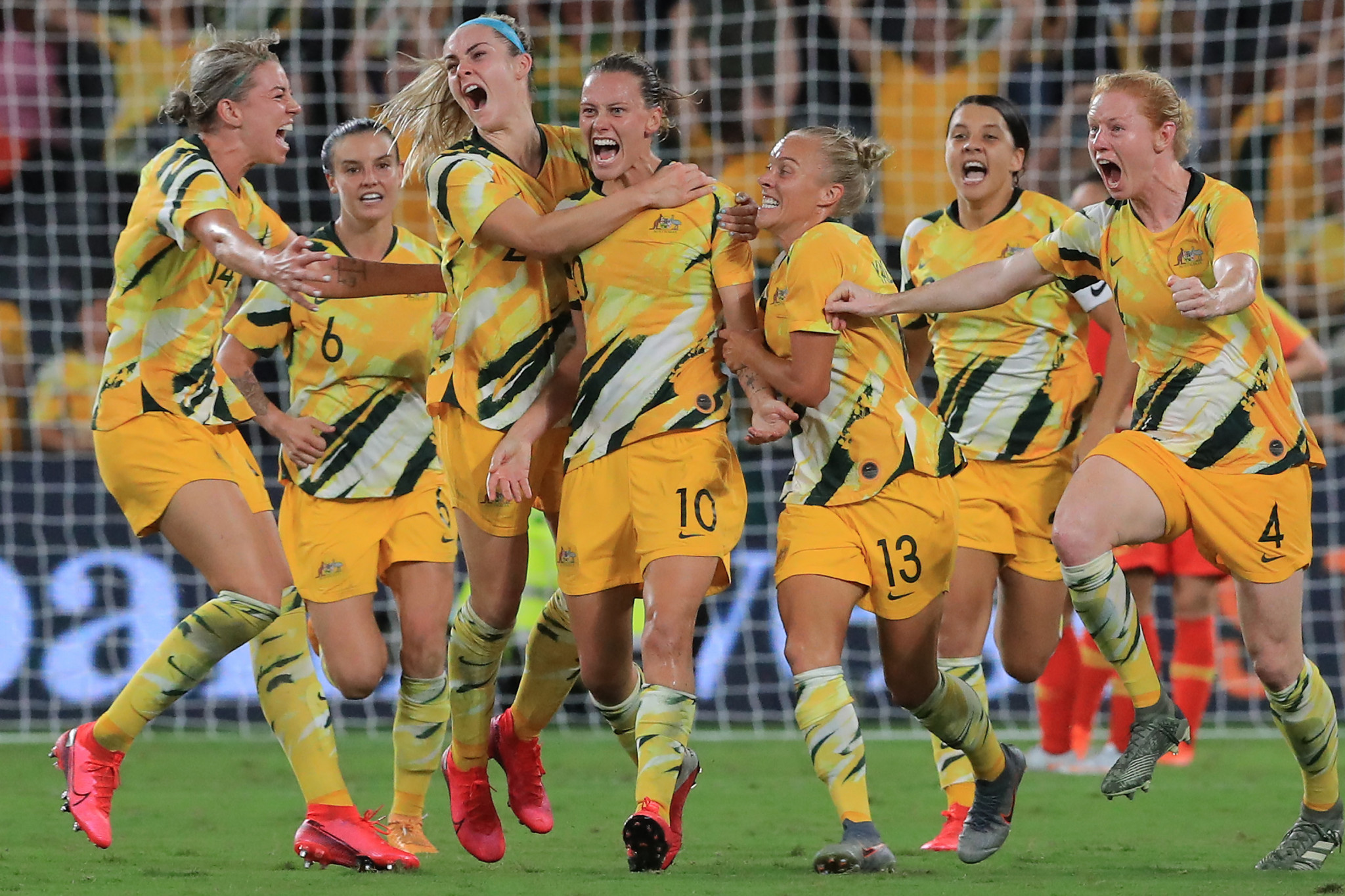 Hosts Australia won their group at the Asian Football Confederation Women's Olympic Qualifying Tournament after a last-gasp strike earned a 1-1 draw with China.

Emily van Egmond thundered in the leveller from the edge of the box in the second minute of stoppage time at Bankwest Stadium in Western Sydney.

They could not hold on, however, and Australia have now won Group B on goal difference.

Both sides ended on seven points after winning their first two matches and had already qualified for the next stage.

By winning the group, Australia have an easier looking task as they will meet Group A runners-up Vietnam over two legs in the play-off round.

China must face Group A winners South Korea, with the winners of the two ties qualifying for Tokyo 2020.

Wang Shanshan had a goal disallowed for China in the 34th-minute and also struck the frame of the goal from range at the end of the first half.

They finished on a goal difference of plus 10 with Australia on plus 13.

The Chinese were originally due to host the Group B matches in Wuhan, but they were moved to Australia due to the coronavirus outbreak.

Their team was quarantined at Brisbane Airport on arrival in the country and were photographed training in a hotel corridor.

Both play-off ties will take place on March 6 and 11.

Group A was hosted by South Korea in Seogwipo.