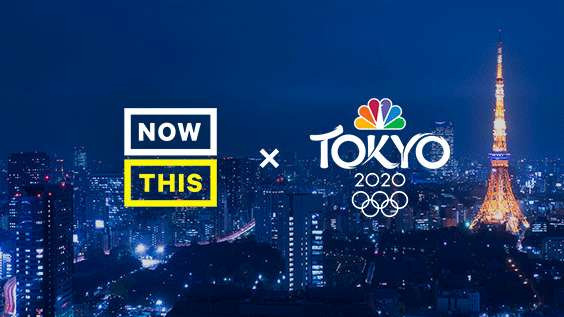 NBC, the television network broadcasting the Olympic Games in the United States, has teamed up with video news outlet NowThis, to produce a series of short films ahead of this summer's Games telling the stories of some of the athletes participating in Tokyo.

NBC Olympics has joined with the mobile-first platform to generate a series of short profile programmes focusing on some of the US Olympic and Paralympic athletes.

NowThis plans to produce video profiles, sit-down interviews and opinion pieces voiced by the athletes themselves – which will be broadcast across both NBC's channels and social media platforms, as well as NowThis' own digital and social media outlets.

"NowThis has a far-reaching and influential presence across the social media landscape, and a keen interest in the stories of Olympic and Paralympic athletes," said Gary Zenkel, President of NBC Olympics.

"In the lead up to the Tokyo Games, we are thrilled to come together with their talented producers to connect and excite America’s youth with Team USA’s inspiring Olympic and Paralympic athletes."

NowThis’ content for the Tokyo Olympics is due to begin airing in March and continue up until the Opening Ceremony on July 24.

NowThis plan to create more than 30 episodes of content within four of its existing franchises - Seen, I Have a Question, Her Stories and Opinions - each approximately three to five minutes long.

"We could not be more excited to partner with NBC Olympics to elevate the stories of Olympians and Paralympians for the 2020 Summer Games," said NowThis President Athan Stephanopoulos.

"With innovative coverage and storytelling across all our social channels, NowThis is committed to building awareness and enthusiasm for the Summer Games among younger audiences by covering one of 2020’s biggest events through inspiring athlete stories."

For the Paralympics, NowThis will create both pre-Games and in-Games content.

Prior to the Paralympics, NowThis will produce episodes for its Seen franchise, focussing on athlete profiles.

During the event itself, NowThis will produce a daily recap video with highlights of the day’s competition and Opening and Closing Ceremonies.

Previously, NowThis teamed up with the International Paralympic Committee in a partnership that began with the 2018 Winter Paralympic Winter Games in Pyeongchang and is due to continue for Tokyo 2020.