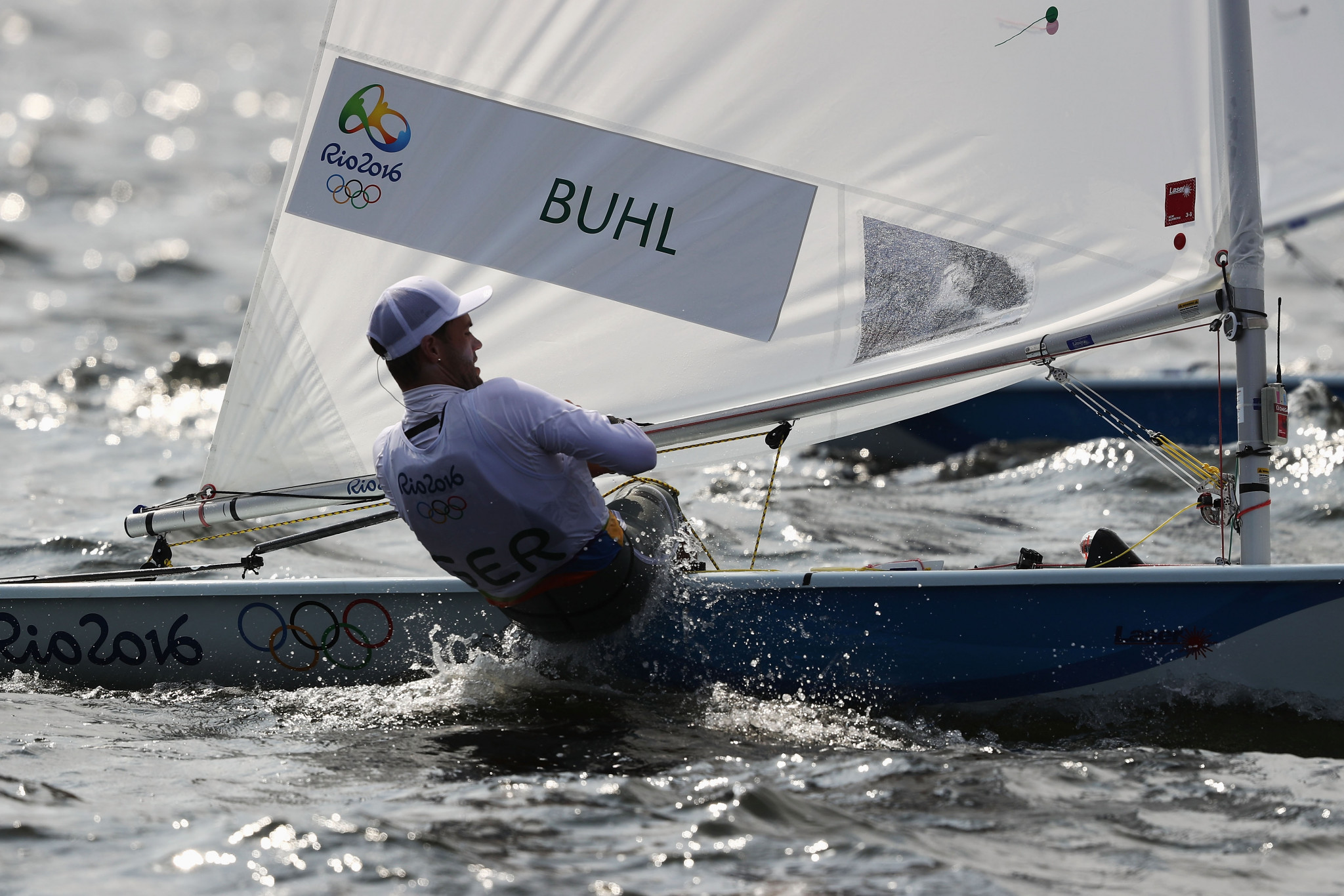 Germany's Philipp Buhl and France's Jean-Baptiste Bernaz are the new co-leaders after day two of the Laser Standard World Championships in Melbourne.

Both sailors claimed a pair of victories in their fleets at Sandringham after demonstrating extra speed on the course.

They each have three points to lead after both also recorded race victories yesterday.

Buhl's other finish, a fourth, and a seventh recorded by Bernaz, are currently discarded.

"It was a speed race today," said Buhl, a World Championship bronze medallist in 2018.

"The wind was shifty, so good starts also helped."

Bernaz recovered from being yellow-flagged in the second race, which meant he had to carry out penalty turns.

"The second race was a dragster, where we all banged the left corner," he said.

"But I was leading from the beginning, I am very happy."

Australia's world number one Matt Wearn moved up from 10th to sixth and now has a tally of eight.

Reigning Olympic and world champion Tom Burton is in 25th position after coming home ninth and seventh, leaving him with 23 points.

Burton will not race at Tokyo 2020 as Wearn has been allocated the Australian spot.

Racing will continue in Melbourne tomorrow.

The event is a key test in the build-up to Tokyo 2020, with sailors battling for national selection.

Among the intriguing national battles is a tussle between Britain's Michael Beckett and Elliot Hanson, who are currently separated by a single point in 10th and 11th.