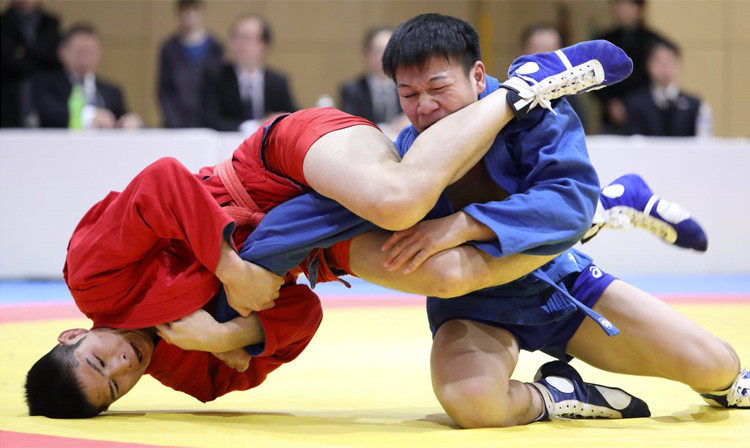 More than 100 athletes took part in the Japan Sambo Championships for the Cup of Russian President Vladimir Putin.

The event was held at the Sumida City Gymnasium in Tokyo with numerous senior and youth weight categories contested.

Yosuke Sato was named as the men's most valuable player (MVP) at the end of the event, with the combat sambo MVP prize going to Shutaro Debana.

The best performing sambists will now compete for Japan at the World Sambo Cup "Kharlampiev Memorial" in Moscow next month.

"At the same time as adults, competitions are held at the junior level.

"Last year, a sambo federation was created in the Kansai region on the island of Honshu.

"I hope that next year Kansai will introduce a strong team."

Putin is the Honorary President of the International Judo Federation and his friendship with Japanese judoka is said to have contributed to the rise of sambo, a Russian martial art, in the country.

The full results from the event can be found here.