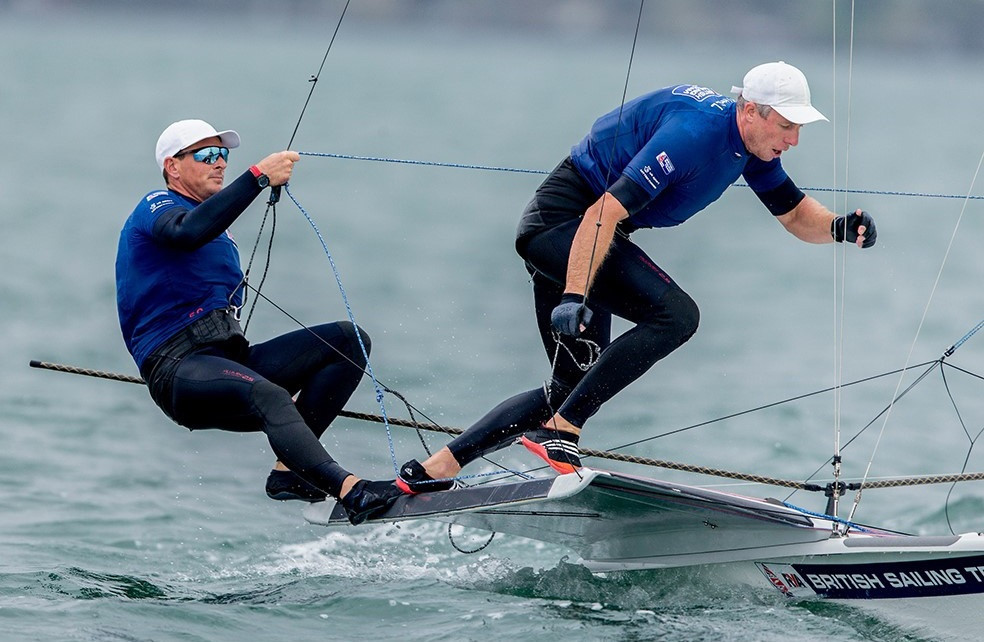 British boats took the lead in two of the three classes as the 49er, 49erFX and Nacra 17 World Championships began a day late in Australia.

No racing was possible due to strong winds at Royal Geelong Yacht Club yesterday, with a condensed schedule now needed to make up for lost time.

Three races were held in each class today with Britain's Dylan Fletcher-Scott and Stuart Bithell taking command in the 49er.

The bronze medallists from the 2019 World Championships in Auckland in December achieved two races wins and a second-place to sit handily on four points.

"We had a brilliant day," Fletcher-Scott said.

"We were a little unsure of how it was going to go, we snapped our top section a couple of days ago.

"We put a new one on and rigged up today and had a little issue trying to get it all sorted but in the end you can't really start a Worlds any better than we did.

"It's certainly the best start we've had that I can remember."

New Zealand's reigning Olympic champions Peter Burling and Blair Tuke sit third as they seek to defend their world title and win it for the sixth time in all.

They won two races in their fleet and also came fifth to end the day with seven points.

"It was a day that was dictated mainly by the seaweed in the water, a bit like in the warm-up regatta a week or so ago so we kind of knew what to expect a little bit," Burnet said.

"But it was the same for everyone, it was all about staying calm and clearing the weed when you could."

Australian siblings Nathan and Haylee Outteridge recorded a victory, a second-place and a tenth to sit second on 13 points.

Germany's Tina Lutz and Lotta Wiemers lead in the 49erFX despite limited preparation.

The former team-mates reunited after Lutz's partner Susann Beucke was injured after the Worlds in Auckland.

They won once and were second twice to finish with five points.

"I don't know what happened today, we somehow went always in the right direction," said Lutz.

Tess Lloyd and Jaime Ryan of Australia sit second on 10 points after a win, a third-place and a sixth.

They are level with Spain's Tamara Echegoyen and Paula Barcelo who managed a first, fourth and a fifth.

Dutch pair Annemiek Bekkering and Annette Duetz are 13th with 31 points as they bid to win the world title for the third consecutive year.

Brazil's Olympic champions Martine Grael and Kahena Kunze are 16th, a point behind.