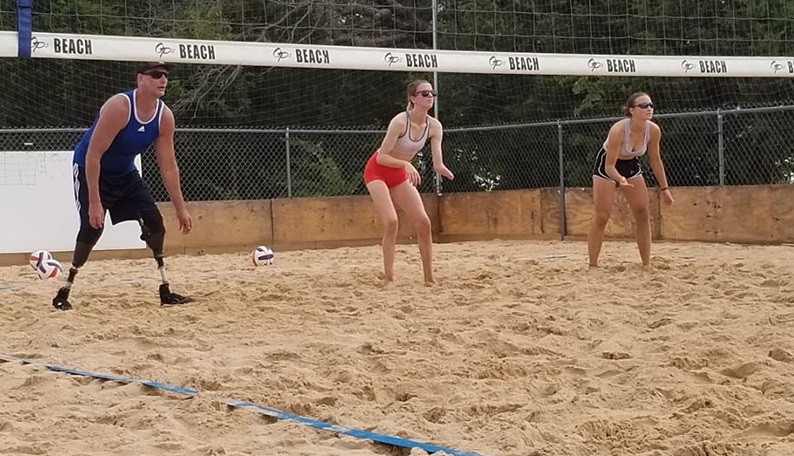 The events will be used to identify American athletes who can represent the country in international competition.

Beach volleyball is currently not on the Paralympic programme but there are hopes it will be included in time for the United States' home Los Angeles 2028 Games.

The camps are scheduled for between March 27 and 29 in Tavares in Florida and between June 26 and 28 and July 29 and 31 in Edmond in Oklahoma.

"We are thrilled to offer yet another year of this adaptive sport opportunity," said USA Volleyball's programme administrator for beach ParaVolley, Michelle Goodall.

"We have long-range goals for this sport and we're hopeful for inclusion in the Los Angeles 2028 Paralympic Games."

Beach ParaVolley is played with three-player teams, contrasting to the Olympic sport which is a doubles event.

USA Volleyball will also hold two demonstrations of the sport this year.

The first will involve young players at the National Collegiate Athletic Association Beach Volleyball Championship in Gulf Shores, Alabama, between May 1 and 3.

An adult demonstration and a standalone tournament will then take place between May 8 and 10 at the Collegiate Beach Championships in California's Hermosa Beach.