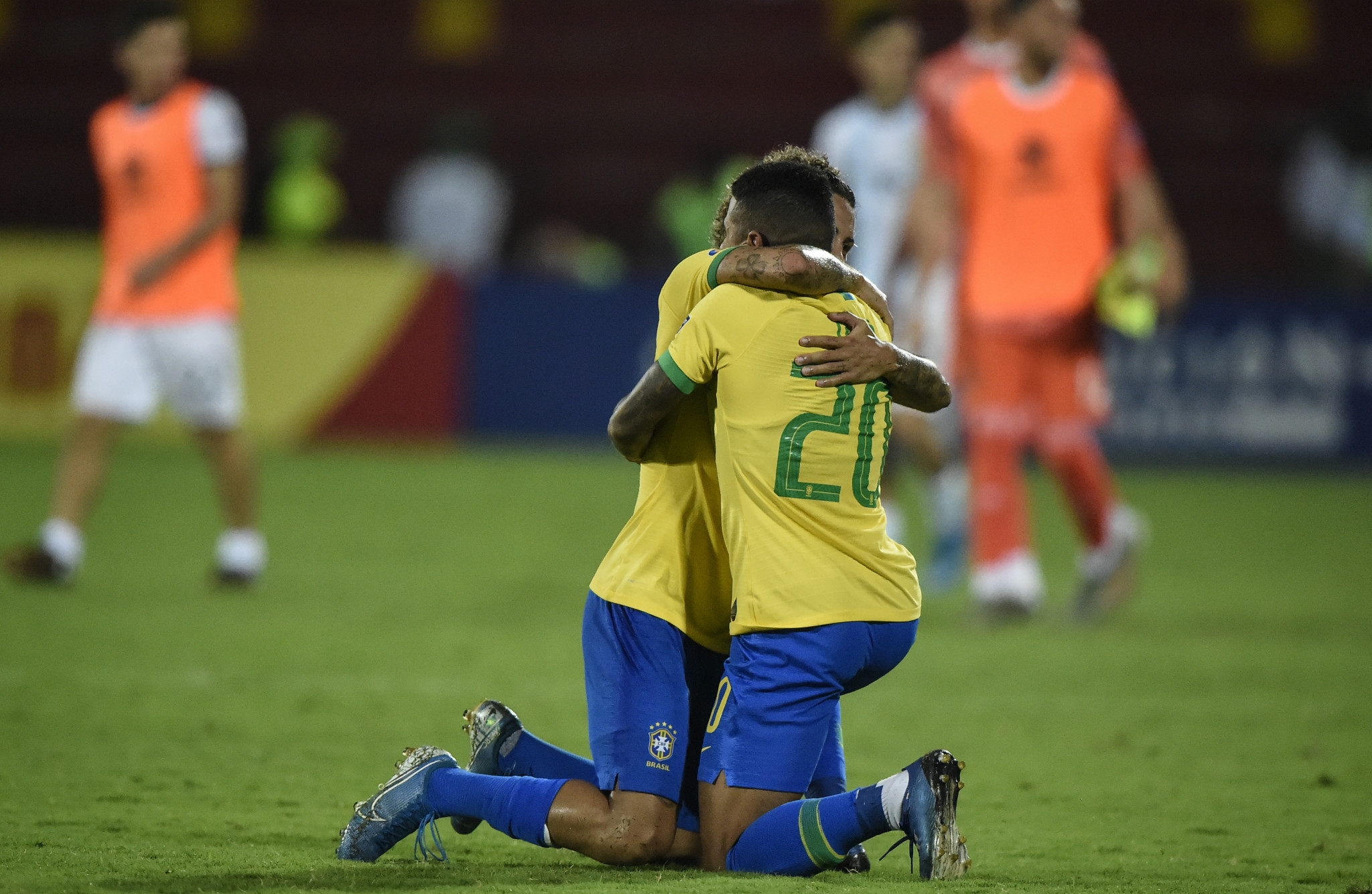 Reigning Olympic champions Brazil will defend their men's football title at Tokyo 2020 after beating Argentina 3-0 in their must-win qualification match.

The hopes of the Rio 2016 gold medallists hung in the balance after they drew their first two final round games at the South American Football Confederation Pre-Olympic Tournament.

Their fate was still in their own hands, however, and the victory over their fierce rivals has secured their place in Japan.

Anything less would have seen Uruguay, who had earlier beaten hosts Colombia 3-1, qualify at their expense.

Argentina had already qualified for the Games as tournament winners after registering two final round victories.

But they missed the chance to send home the continent's other football powerhouse as they were blown away at Estadio Alfonso López in Bucaramanga.

Brazil led after 13 minutes when Paulinho latched onto Pedrinho's chipped pass and slid home a finish.

It was 2-0 on the half-hour mark after a clanger from Argentina's Nehuen Perez.

The defender's weak back-header only found Matheus Cunha, who was able to lob the ball over goalkeeper Facundo Cambeses and finish from close range.

Cunha also scored the third on 55 minutes by drilling the ball across Cambeses and into the corner.

Brazil's home gold at Rio 2016, after a penalty shoot-out win over Germany, was one of the moments of their home Games.

Argentina, who won the Olympic title at Athens 2004 and Beijing 2008, had five players booked in today's encounter.

The Uruguayan victory meant they needed a favour from Argentina but the country which won Olympic gold in 1924 and 1928 will not play in Tokyo.

José Luis Rodríguez caught out Colombian keeper Esteban Ruiz with another effort from range shortly after the hour mark, before Edwin Cetre's free-kick provided a consolation for the hosts with 12 minutes left.

Victory for Colombia would have also seen them qualify for Tokyo 2020 had Brazil slipped up.