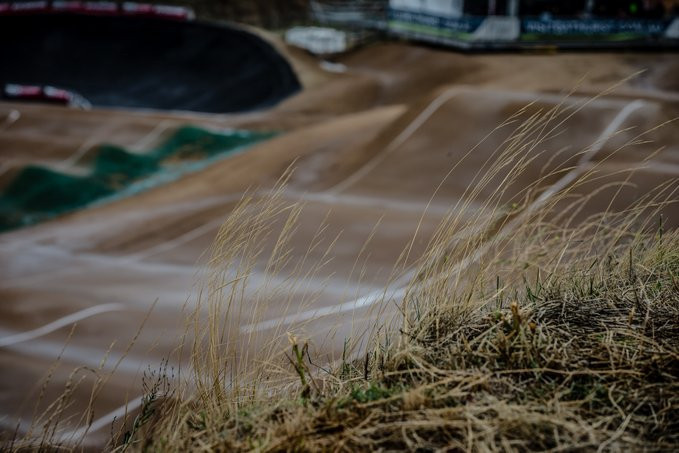 The second competitions for men and women were due to be held at Bathurst BMX Club today but conditions were deemed unsafe as the wind did not relent.

It was the second day of disruption at the second World Cup leg of the season after wind and rain curtailed the schedule yesterday.

The men's event was eventually decided based on times in the heats, with American Olympic champion Connor Fields coming out on top.

Organisers were forced to cancel the women's competition entirely.

Race delay here in Bathurst for Round four of the UCI BMX SX World Cup. Taking a moment to show @sakakibarakai_ that everyone is thinking of him. pic.twitter.com/0DhbyTmlP0

Sakakibara suffered a head injury during his run yesterday after falling on the second corner of the track.

The home rider was taken to hospital in Canberra by helicopter and said to be in a "critical but stable condition".

Australian Associated Press reported that no further updates were available on the 23-year-old today.

Riders showed their thoughts are with Sakakibara during a race delay by standing to spell out the word Kai.

The third World Cup of the season will take place in Manchester in Britain on April 18 and 19.