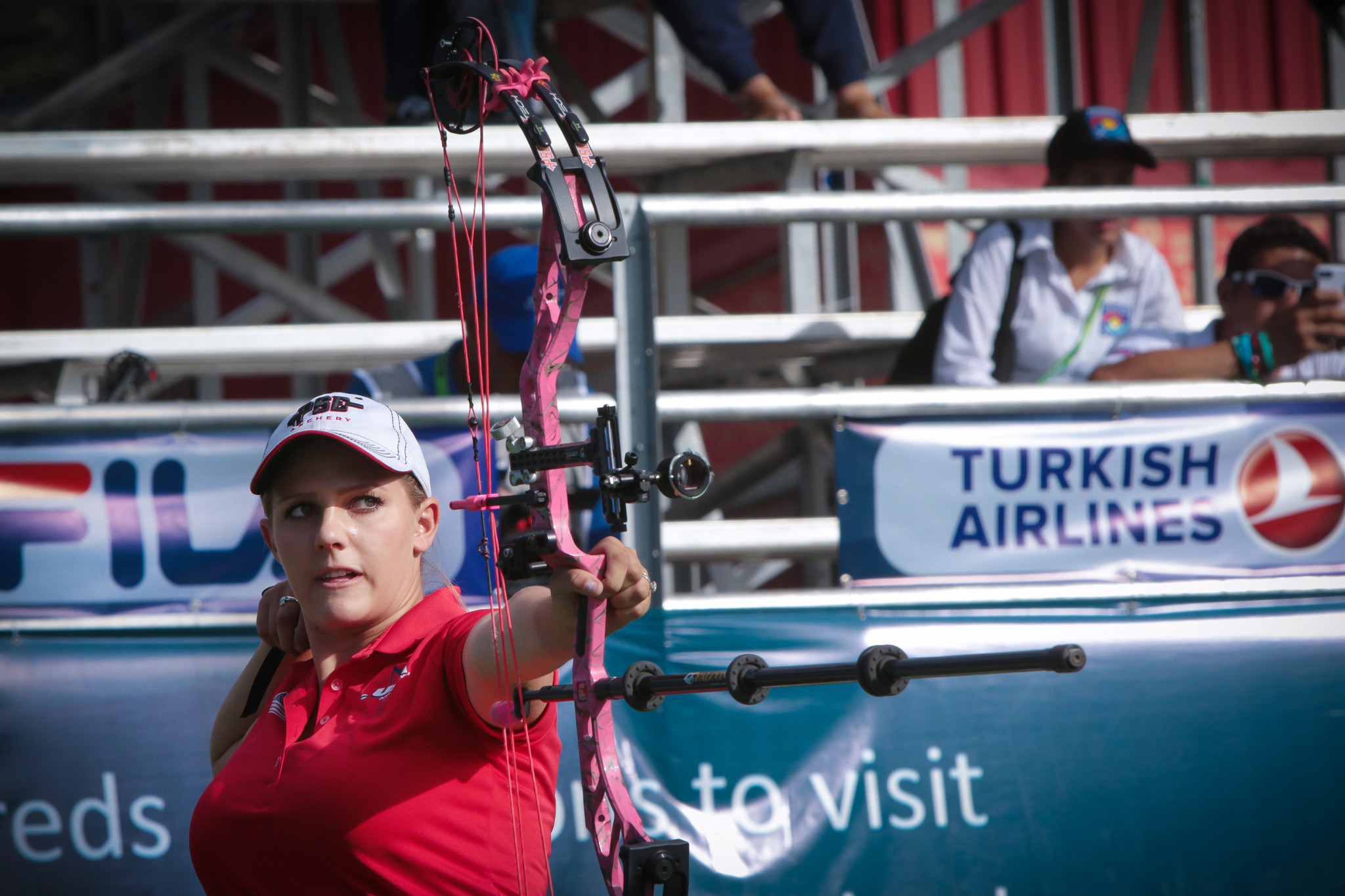 Paige Pearce gave American fans something to smile about as she won one of the four titles on offer at the Indoor Archery World Series Finals in Las Vegas.

The 24-year-old was the top seed entering the compound women's finals and lived up to that billing, scoring 149 in the first round, 147 in the quarter-finals and 148 in the semi-finals.

Each round consisted of a 15-arrow match and no player had a better score in any round.

Pearce faced Estonia's Lisell Jäätma in the final - the archer who had been victorious in Nîmes in France on the last leg of the Indoor Archery World Series - and was a convincing winner, triumphing 146-141.

"The last time I won on home soil was the junior world championships in Ogden back in 2009 so to win a world-level event here in the US really means a lot," Pearce said afterwards.

Las Vegas represented the sixth and final destination for the Indoor Archery World Series, with the top 16 archers in each category making the series finals.

The Netherlands' Mike Schloesser was almost perfect in the compound men's competition, shooting a clean 150 in the quarter-finals, semi-finals and final to take the title.

Denmark's Stephan Hansen was the runner-up, with a last-16 score of 149 the only one Schloesser posted that wasn't perfect.

The Dutchman called his display "just the best way to end an indoor season."

Florian Kahllund of Germany was a surprise winner in the men's recurve competition, bettering American world number one Brady Ellison 6-4 in the final.

There is one day left of the Vegas Shoot, with winners to be decided tomorrow evening.