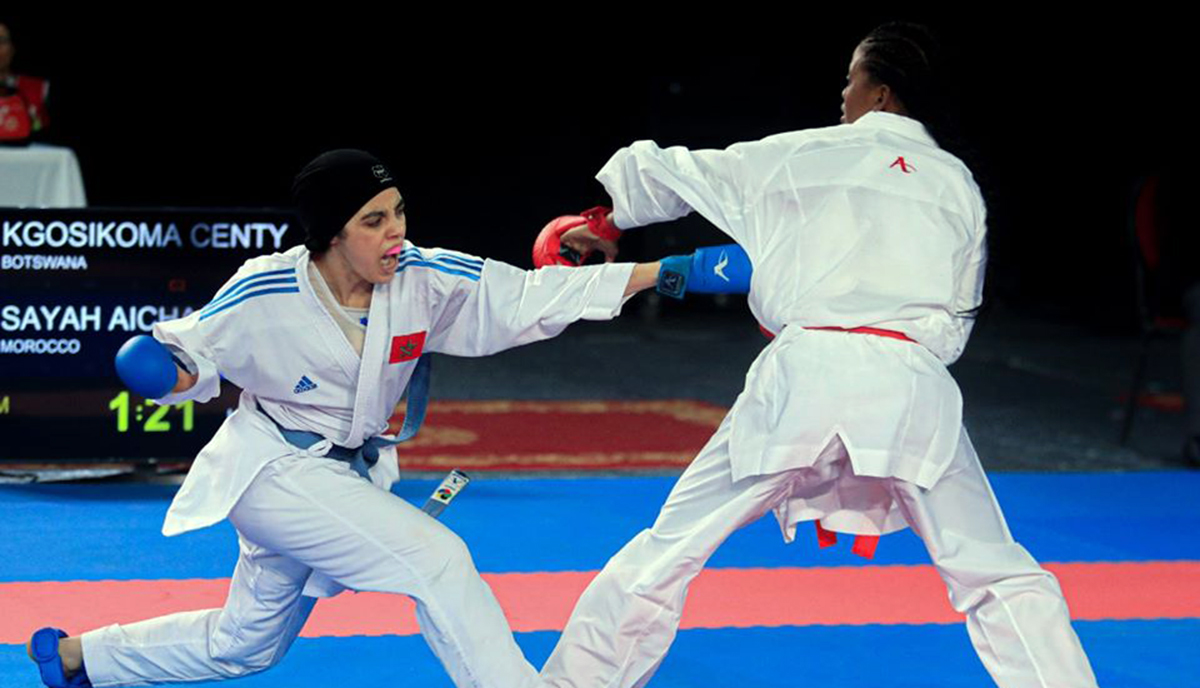 Hosts Morocco earned six gold medals on the second day of competition at the African Karate Federation (UFAK) Senior and Junior Championships at Tangier in Morocco.

Hiba Fellaoui led the Moroccan medal charge at the Covered Hall Sport Ziaten, as he clinched gold in the men’s under-47 kilograms kumite cadet event.

The success was followed by a triumph from Zaid Boudouche in the men’s under-52kg competition.

In the cadet women’s competitions, Sawsane Benchbab topped the podium in the under-54kg event, while her compatriot Aya Ouhra won the over-54kg title.

The under-59kg title was earned by Hanane Mellal, while Maryam Ajaray was crowned as the winner of the over-59kg competition.