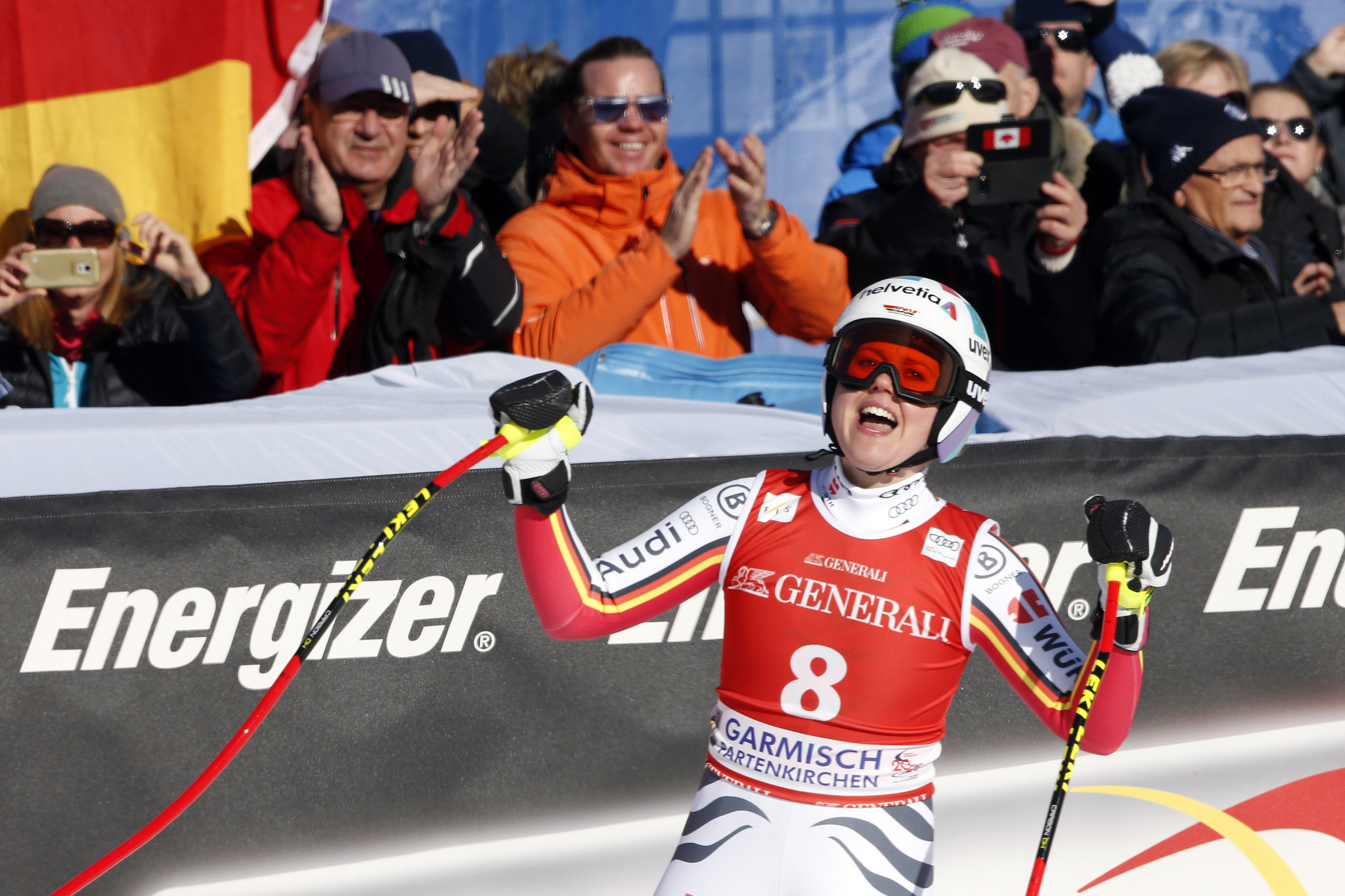 The German took her first win in the discipline and her second of the season after winning the super-G in Lake Louise in Canada late last year.

Finishing a very convincing 0.61 seconds ahead of silver medallist Federica Brignone of Italy, the win would move her up into fifth in the downhill standings, just behind Brignone, who also moved into the top five.

There was a return to form for the Czech Republic's Ester Ledecká, who made the podium for the first time since winning the downhill race at Lake Louise in December.

Rebensburg is also now fifth in the overall World Cup standings, while second-placed Brignone closed the gap to the absent Mikaela Shiffrin in the overall standings, scoring her third consecutive downhill podium after finishing second and third in Bansko in Bulgaria last month.

Italian Sofia Goggia and the downhill World Cup leader, Switzerland's Corinne Suter, had little between them in fourth and fifth, with the Swiss skier stretching her lead over Shiffrin in the downhill standings to 61 points.

Elena Curtoni, who won the last downhill event Bansko, could only finish 20th, with her team-mate Marta Bassino finishing 13th after two podiums in Bulgaria.

The World Cup event in Germany concludes with tomorrow's super-G race, ahead of the next leg in Maribor in Slovenia on February 15 and 16.