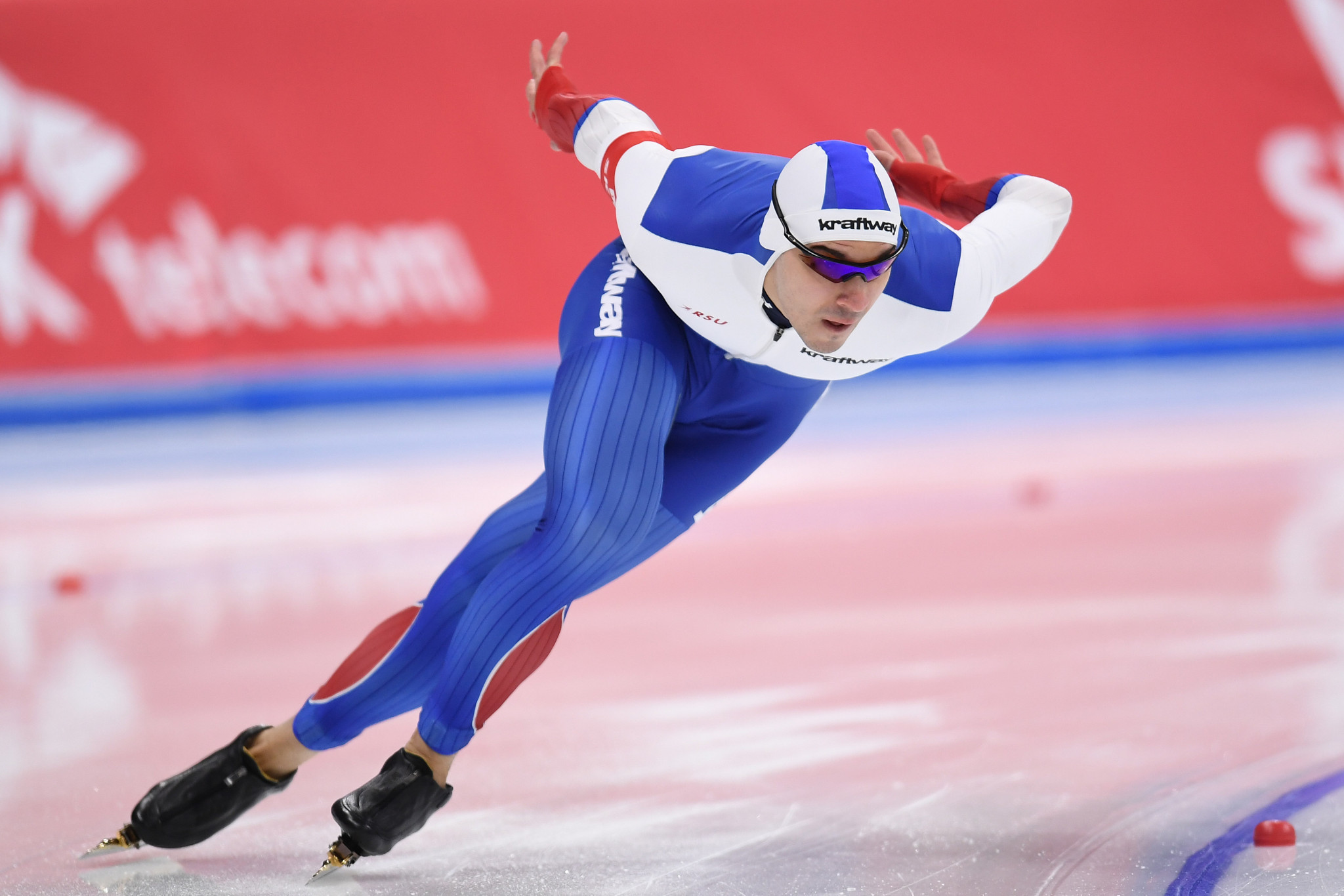 World record holder Kulizhnikov and World Cup leader Viktor Mushtakov were expected to battle for victory at the Olympic Oval in the Canadian city.

The duo were denied success by Murashov, who emerged as the winner in a time of 34.043 seconds.

Kulizhnikov, who missed the opening three World Cup events of the season, was forced to settle for second place in 34.052.

An all-Russian podium was completed by Mushtakov in a time of 34.068.

There was further Russian success in the men’s 1500m competition, with Denis Yushkov earning a narrow win.

Russia’s Joey Mantia completed the top three by finishing in 1:43.741.

The three-time Olympic and 20-time world champion has dominated the women's long-distance races but had been beaten by Canada's Ivanie Blondin at the last two World Cups.

Sáblíková claimed an impressive victory with the Czech skater finishing in 3:54.936, with The Netherlands’ Antoinette de Jong placed second in 3:56.182.

Bronze was earned by Russia’s Natalia Voronina in 3:56.579, with Blondin ultimately finishing in seventh place.

Japan’s Nao Kodaira topped the podium in the women’s 1,000m competition after completing the event in 1:12.652.

Russia’s Olga Fatkulina and Yekaterina Shikhova rounded off the medal positions by achieving times of 1:12.806 and 1:12.842 respectively.