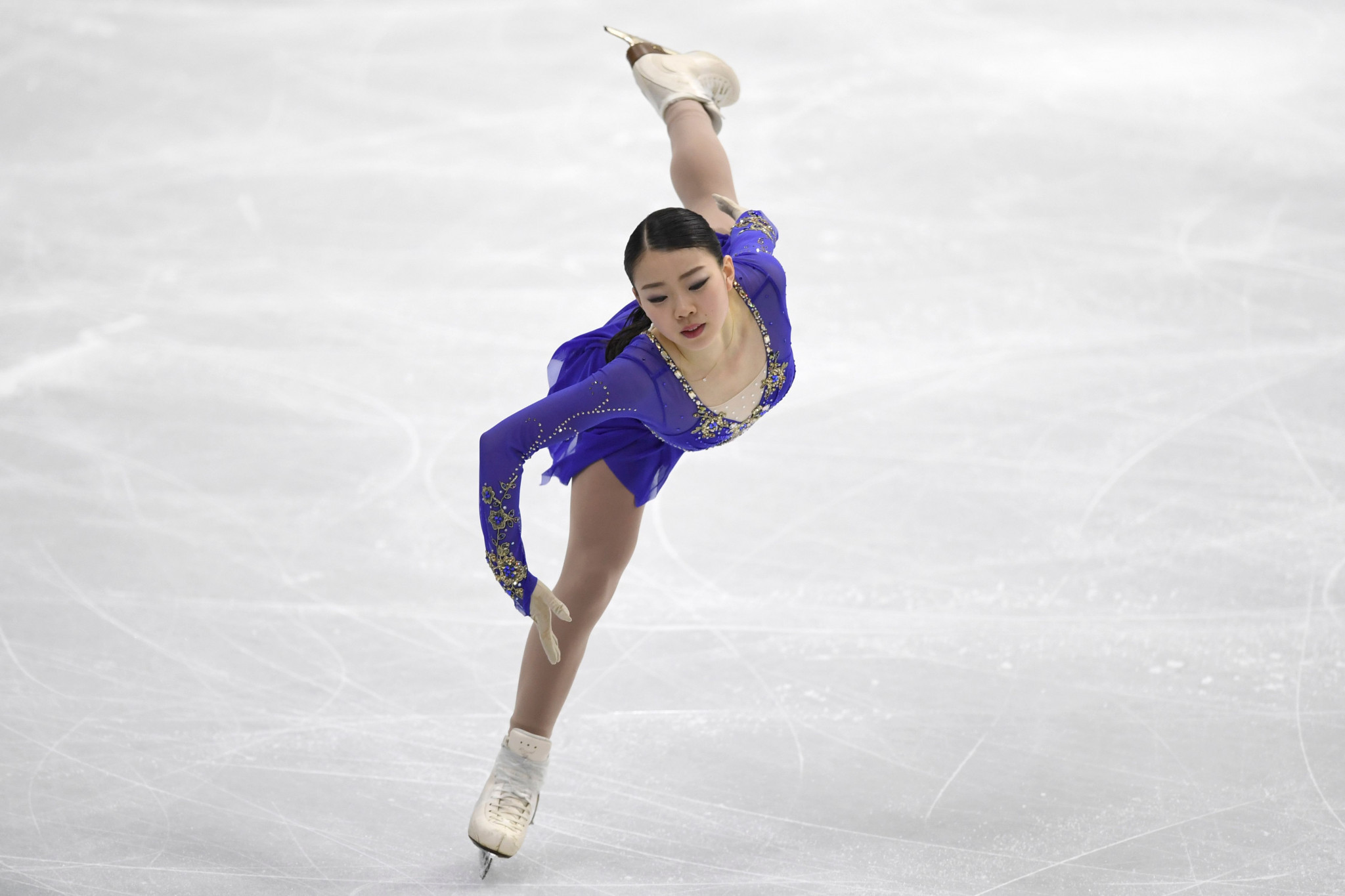 The 17-year-old Grand Prix Final winner scored 81.18 points at Seoul's Mokdong Ice Rink to position herself as the skater to catch at the halfway point.

Her routine in South Korea featured a triple axel, a triple flip-triple toe loop combination and a triple Lutz.

"Looking ahead to the free skate, I'll work on tightening up my entire routine in practice tomorrow," Kihira said to Kyodo News.

"I really want to set a new personal best."

Bradie Tennell of the United States ended the day second on 75.93 while South Korea's You Young, the Lausanne 2020 Winter Youth Olympic Games champion, placed third on 73.55.

The Canadians executed a triple twist, a throw triple loop and a side-by-side triple toe en-route to scoring 76.36.

China's Cheng Peng and Yang Jin scored 75.96 in second place as their team-mates Sui and Han were forced to settle for third.

The reigning Four Continents champions, who are hoping to win the event for the sixth time in all, scored 73.17.

They suffered a rare error when Sui doubled the throw triple flip and now have it all to do.

"There are a lot of great teams at Four Continents but of course the reigning world champions are here and they always push us," said Moore-Towers.

Americans Madison Hubbell and Zachary Donohue came out on top in the rhythm dance with a score of 85.95.

"It's been a quick turnaround between Nationals and Four Continents," Hubbell said.

"We really wanted to focus on being precise and confident and we feel like we did that today."

More than 100 skaters from 12 countries are taking part in the event in all, which is running for the 21st time.

It is only open for athletes from outside of Europe.

The men's short programme and the conclusion of the ice dance competition will take place tomorrow.