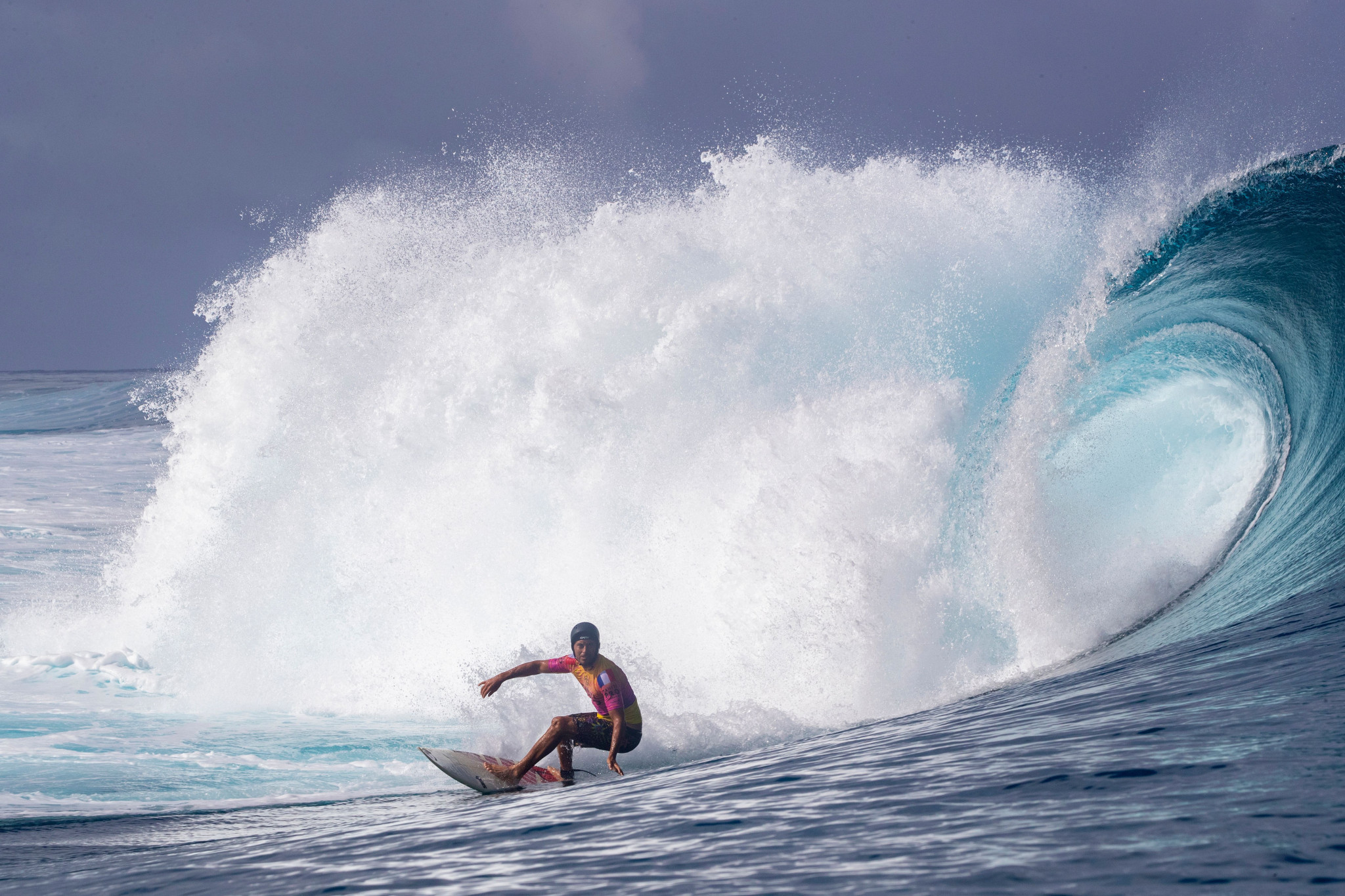 Paris 2024 President Tony Estanguet has claimed Tahiti offered the best guarantee of waves for competition, following the approval of the South Pacific island as the venue for surfing.

Tahiti - the largest island in French Polynesia, an overseas collectivity of France - was selected by the Paris 2024 Executive Board in December as the preferred venue.

Tahiti is located 15,700 kilometres from Paris, which would make it the furthest distance between two Olympic competitions being held as part of the same Games in the history of the event.

International Olympic Committee (IOC) President Thomas Bach had appeared to cast doubt on the possibility of surfing at Paris 2024 taking place in Tahiti last year, when he claimed the organisation preferred a venue "closest to the centre of the Games".

Paris 2024 have since confirmed Tahiti as the proposed venue, which still needs to be rubber stamped by the IOC Executive Board.

Estanguet, speaking at Global Sports Week Paris here, claimed the choice of Tahiti had been well supported by both athletes and the International Surfing Association (ISA).

The Paris 2024 President claimed Tahiti offered the best guarantee of spectacular waves for competition during the Games period.

Surfing was one of four additional sports chosen by Paris 2024 for the Games, along with breaking, skateboarding and sport climbing.

"As you know we chose surfing, which will be completely validated by the IOC by December 2020," he said.

"Our proposal for the venue if confirmed is Tahiti.

"It is a French wave and the most spectacular wave.

"It is also the guarantee that the competition will be able to organised.

"At this time of the year, there is an 85 per cent chance to have the perfect wave, according to the International Federation.

"We asked for advice from the International Federation and to the athletes community.

"They were all supportive in having the venue for surfing on the waves in Tahiti."

Surfing at Paris 2024 could take place on the Teahupo’o wave, world renowned for its conditions and surf, if the proposal is approved by the IOC.

Temporary modular houses would form the Athletes' Village for surfers competing in Tahiti - a 23-hour flight from Paris - if the plan is given the green light.

They would also participate in the Closing Ceremony.

Coastal rowing, described as the "extreme and adventure side" of the sport, involves rowing along a sea coast and out into the sea.

Tahiti has been mooted as a potential location, should coastal rowing been included on the programme for the Games.