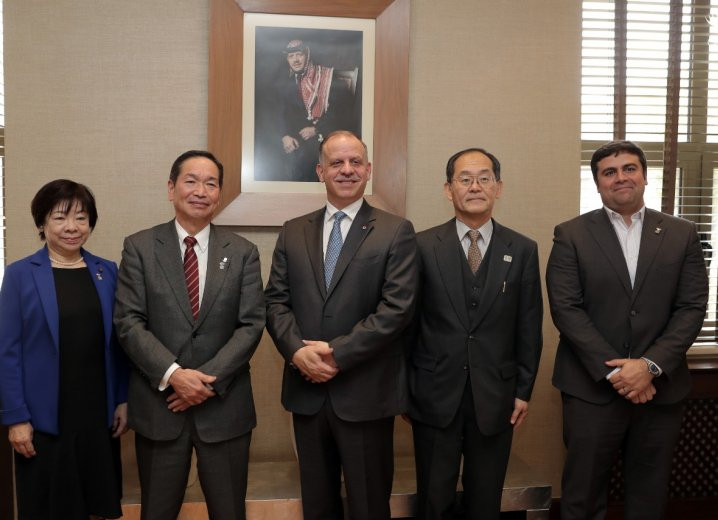 The city in the north-west of the largest Japanese island of Honshu will host the Jordanian delegation during this year's Tokyo 2020 Olympic Games.

Saito Shigenobu, the Mayor of Noshiro, was among the guests and was joined by Hidenao Yanagi, Japan's ambassador to Jordan.

Members of the Tokyo 2020 Organising Committee also made the trip to Jordan's capital.

Topics discussed included the latest preparations for the Games.

Prince Feisal, a member of the International Olympic Committee's Executive Board, highlighted the "strong" relationship between both countries.

Jordan won its first Olympic medal of any colour at Rio 2016 when taekwondo player Ahmad Abughaush struck gold in the men's 68 kilograms division.

The country is preparing to host the Asia-Oceania Olympic boxing qualifier in Amman next month after stepping-in at short notice.

Chinese city Wuhan was the original venue but the event was moved due to the coronavirus outbreak.