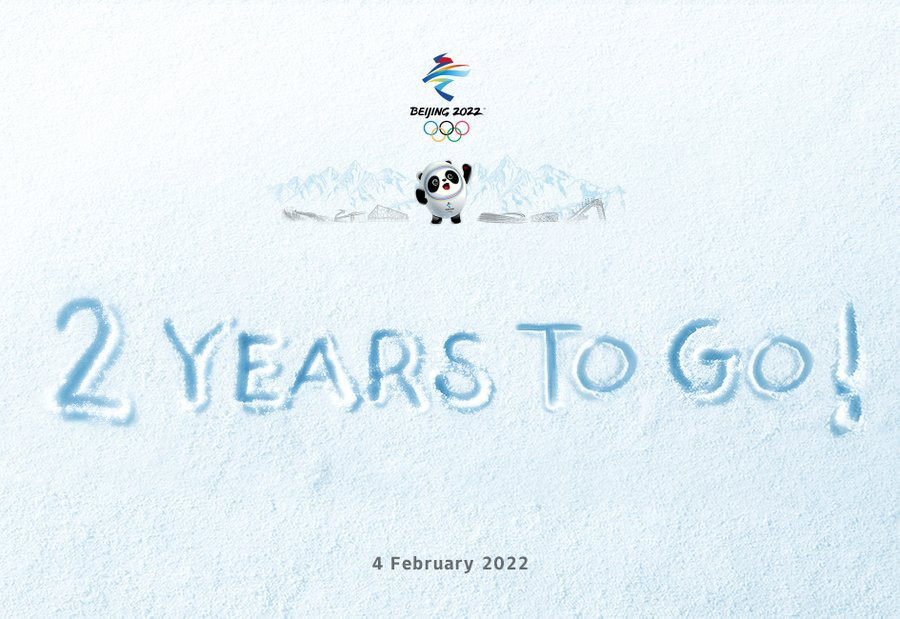 Beijing 2022 has reached the two-years-to-go milestone until the next Winter Olympics.

Action in China is due to take place between February 4 and 20 in two years' time.

The capital will become the first city to host both the Summer and Winter Games after staging the former in 2008.

Key announcements in 2020 will include revealing the design of the Beijing 2022 medals.

Olympic Torches will also be unveiled, as well as the route of the Torch Relay.

Theme songs for the Games are also promised, while a creative team will be appointed to oversee the Opening and Closing Ceremonies.

Organisers are confident that venues are on track with every facility in the Beijing and Yanqing zones said to be progressing as scheduled.

All venues under construction in Zhangjiakou will also be completed this year, officials have said.

"Beijing will be the first city in Olympic history to organise both the Winter Games and Summer Games.

"We're looking forward to strengthening the cooperation with China this year."

Bach has also provided support to China in wake of the coronavirus crisis which orginated in Wuhan, according to Xinhua.

Nearly 500 deaths have been confirmed and more than 24,000 people have been infected, with the World Health Organization declaring a global emergency.

Numerous sporting events have been postponed or cancelled in China, including an Alpine Skiing World Cup in Yanqing this month.

This was due to be the first official Beijing 2022 test event.

The homologation process at the National Sliding Center has also been delayed due to the virus.

"We are fully confident that preparations for the Games will not be affected and that your country can look forward to once again inviting the athletes of the world to compete in Beijing," Bach said.