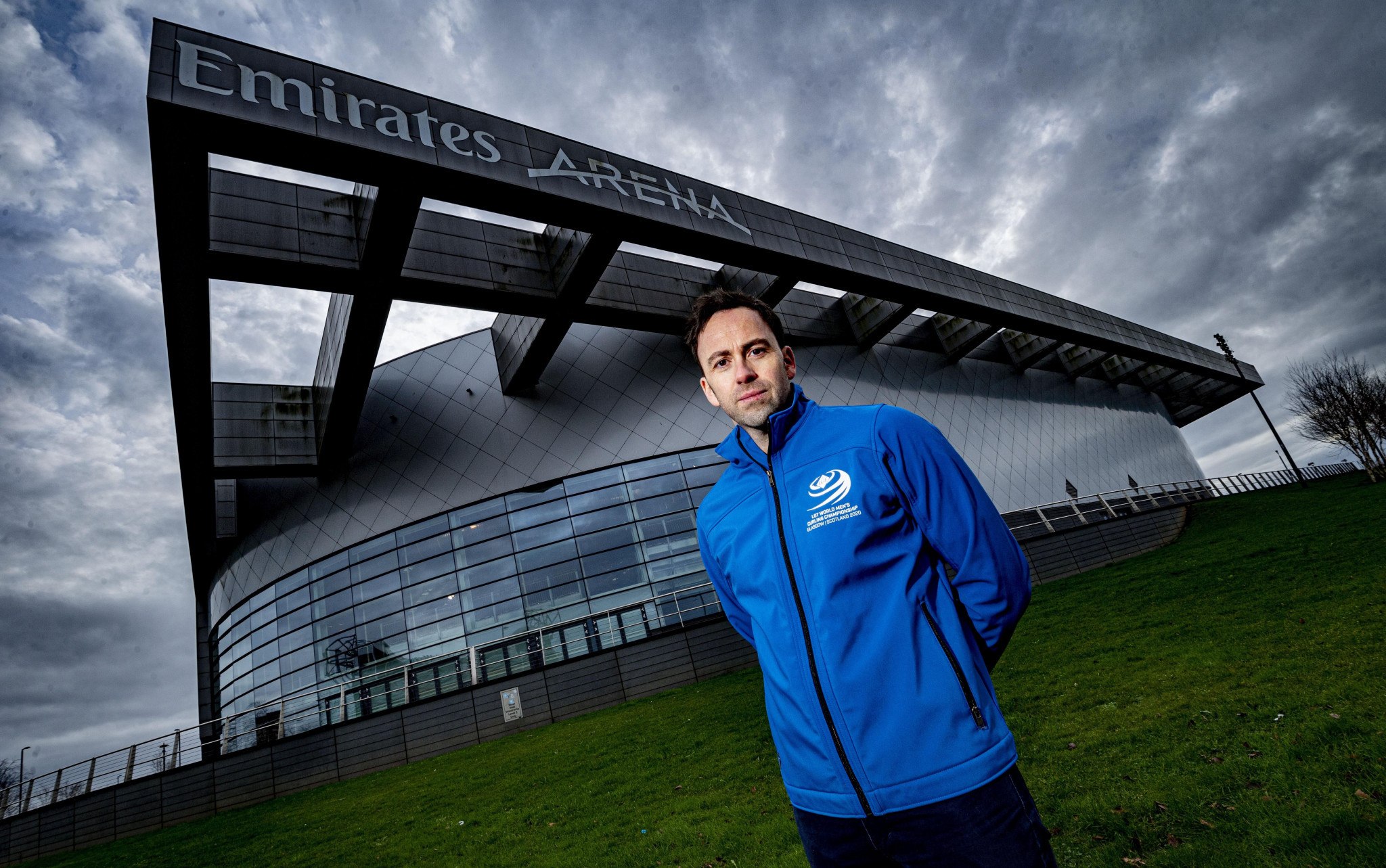 Glasgow is in full preparation for the World Men's Curling Championship with 50 days until the city hosts their first World Championships in 20 years.

Glasgow previously hosted the men and World Women's Curling Championship in 2000 in nearby Braehead, with the last one in the city centre taking place in 1988.

The Championship will return to the city for the first time in 32 years at the Sir Chris Hoy Velodrome in the Emirates Arena in the East End of the city.

The event is due to take place over nine days from March 28 to April 5, and it will be the first time the Emirates has hosted an ice event.

A temporary ice sheet will be laid in the centre of the Arena, ensuring spectators will be able to get up close to the action.

The week-long tournament is set to feature the top 13 nations in the world including hosts Scotland, all battling it out for a place on the podium as well as looking to gain qualification points for the next Winter Olympic Games in Beijing in 2022, where they will compete under the Great Britain banner.

The hosts are scheduled to start their campaign to make the playoffs with a match against Italy on March 28 and will face world champions, Sweden, on the penultimate group stage day before playing Norway in their final game.

Sweden and Canada are currently the two biggest nations in the sport and they will play on day three of the group stages, headlining the evening matches.

Scotland last won a World Men's Championship in 2009 when skip David Murdoch's rink defeated hosts Canada in the final with the now-national coach also winning the gold medal in 2006, as well as a silver at the 2014 Winter Olympics in Sochi.

Murdoch was in attendance for the 50 days to go event at the Emirates, along with Deputy Leader of Glasgow City Council David McDonald and the official mascot, Sweep.

Excited about a home Championship, Murdoch said, "As a player you dream about representing your country at the World Championships and to have the event on home ice makes it even more special.

"I was lucky enough to win two World titles and three European titles but none of them were at home.

"In fact the last time Scotland won the World Championships on home soil was back in 1967 so a win is long overdue.

"Glasgow and Scotland have a great track record of delivering events and I think it will be spectacular to have the World Championships in the Emirates Arena that has seen so much international sporting action since the Commonwealth Games.

"Even if you are not a regular curling fan it will be a great spectacle and will give you a taste of just what an exciting sport it is to both watch and play."

Glasgow was recently named European Capital of Sport for 2023, something that Councillor McDonald is excited about ahead of the competition.

"Glasgow is rightly proud of its reputation as one of the top five global sporting cities and it is fabulous to be hosting this prestigious event as part of our world class events portfolio for 2020," he said.

The nearby Braehead Arena, hosts of the Championship in 2000 and the 2016 European Curling Championships, is set to close its rink the week of the World Championships, leaving the city without a nearby permanent curling rink.

Bruce Mouat's rink, winners of a bronze medal at the World Championship in 2018, will be favourites but will face opposition from Glen Muirhead's team featuring two brothers of women's world champion, Eve Muirhead, as well as Olympic skip, Kyle Smith.

The World Women's Curling Championship are set for March 14 to 22 in Prince George in Canada.