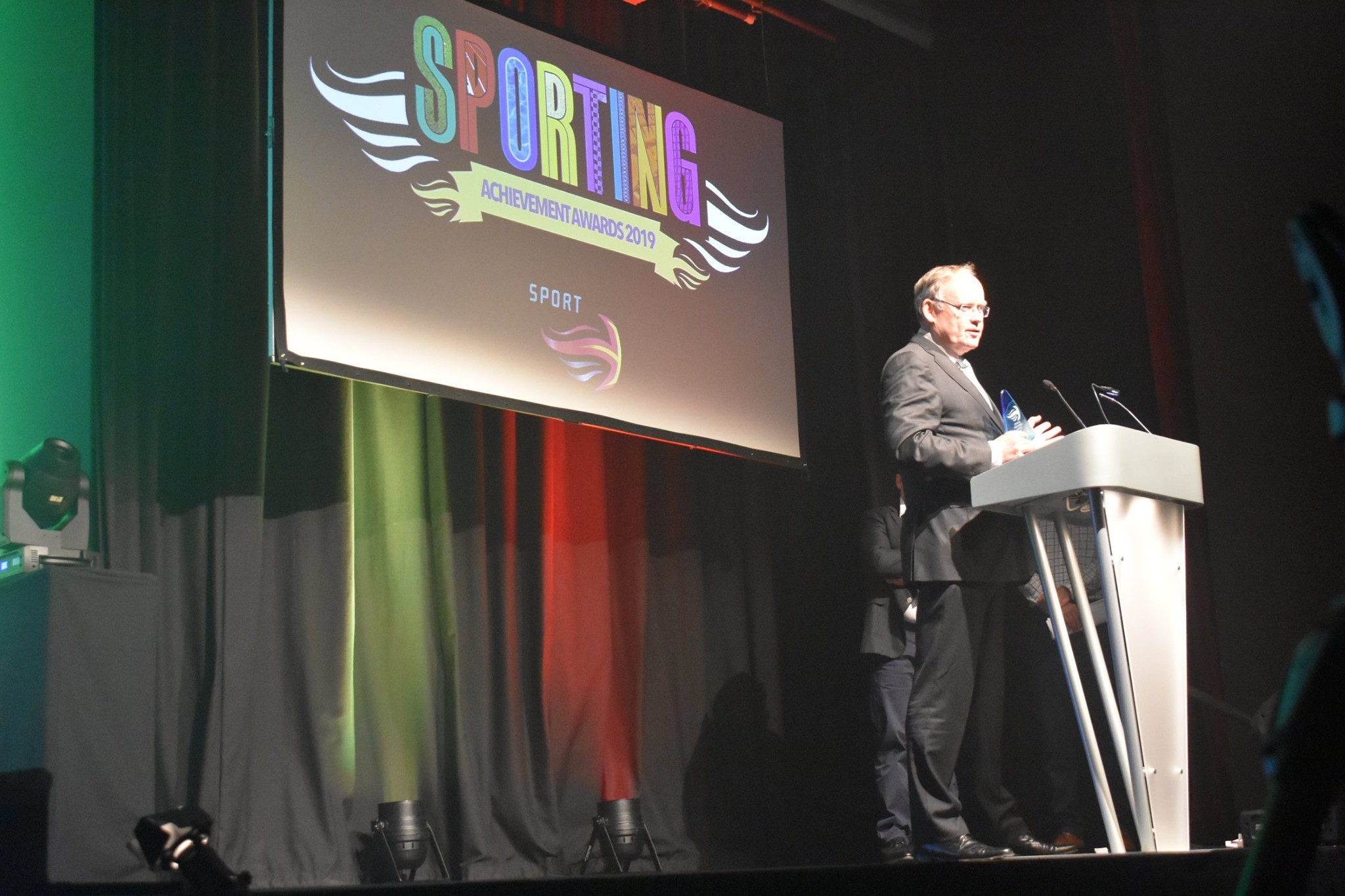 The Sport Guernsey and Nautical Guernsey Shield winner was the International Cricket Council for the successful event organisation of the the T20 World Cup Europe Final in Guernsey.

Cyclist Sam Culverwell was awarded the Guernsey Sports Commission Trophy, the highest accolade to be given on the night.

The Richard Burton Salver award, presented to a sportsman for an outstanding individual achievement, was won by Josh Lewis for his triathlon performance, having finished second at the British Sprint Triathlon National Championships last year.

Megan Chapple of Guernsey Triathlon was given the Sir John Loveridge Trophy for her progress throughout the year, while Pat Ogier from Guernsey Basketball was awarded the Dave Dorey Memorial Trophy for continuous contribution to the club.

Adrian Gidney hosted the evening on behalf of the Guernsey Sports Commission, while professional racing driver Andy Priaulx presented the trophies to the winners.

He is currently racing for Ford Chip Ganassi Team UK in the FIA World Endurance Championship.

Priaulx was joined on stage by his son, wife and mum and was interviewed about his career.