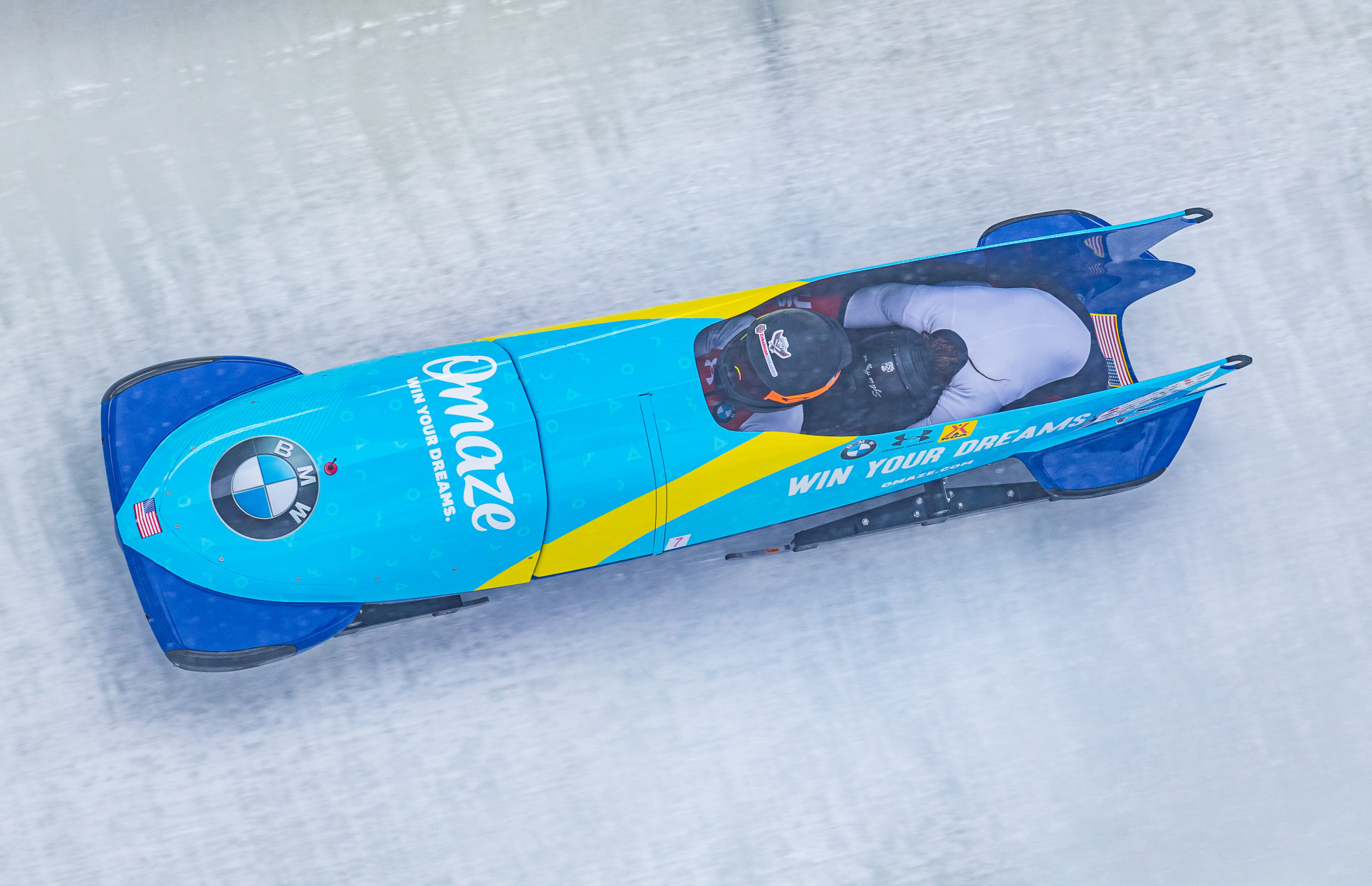 Kaillie Humphries strengthened her grip on the two-woman bobsleigh standings with victory at the latest International Bobsleigh and Skeleton Federation (IBSF) World Cup in St Moritz.

Humphries, who switched nationality from Canada to the United States before the season, teamed up with Lauren Gibbs on the Swiss track.

She piloted their bobsleigh to the fastest time in the opening run of the competition, clocking 1min 8.24sec.

Germany’s Mariama Jamanka and Kira Lipperheide settled for second place in 2:17.34, with the duo ending just 0.01 clear of their compatriots Stephanie Schneider and Leonie Fiebig.

Humphries moved further clear at the top of the World Cup standings, with her fourth win of the season taking her to 1,484 points.

Schneider remains second on the leaderboard with 1,411.

Lochner finished in an overall time of 2:14.19 with Christopher Weber to secure a second win of the season.

The duo finished 0.21 seconds clear of Friedrich and Alexander Schueller.

Latvia’s Oskars Kibermanis and Matiss Miknis rounded off the podium places, after ending in 2:14.47.

The World Cup meeting will conclude tomorrow with the men’s four-man event, which could see Friedrich defend his overall title should he achieve a top six finish.