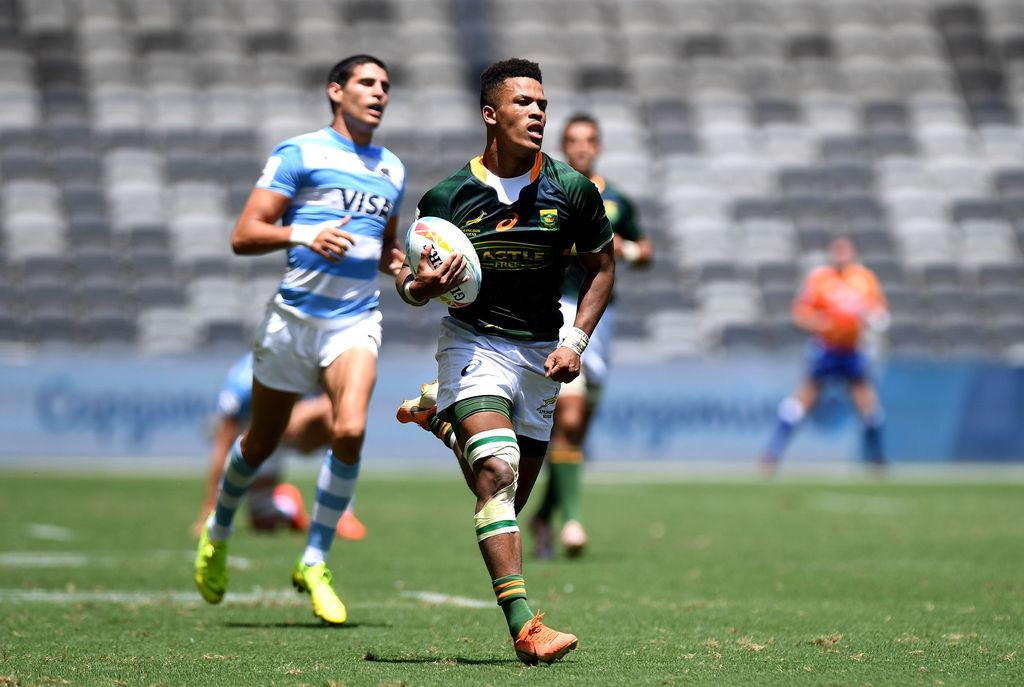 South Africa became the first team to secure a place in the semi-finals of the World Rugby Sevens Series in Sydney.

The Blitzboks, second in the overall standings going into the fourth event of the season, have topped Pool B after winning their opening two matches at Bankwest Stadium.

South Africa began with a 52-14 thrashing of Argentina before overcoming France 24-12.

They have won Pool B as they would still finish above a victorious France or Argentina on the head-to-head rule, even if they lose to Samoa in their final group match tomorrow.

Only the team which tops each group will qualify for the last four.

In Pool A, Fiji broke New Zealand's winning streak with a 26-5 triumph in the last match of the day.

"For them it was just to prove a few points..."@robvickerman speaks to @fijirugby head coach Gareth Baber after his side beat New Zealand 26-5 at the #Sydney7s. pic.twitter.com/0OCqSasuzw

New Zealand started with a 54-5 demolition of Wales to earn their 12th victory in a row on this season's circuit.

Victory over Olympic champions Fiji, who beat Kenya 28-14, would have seen New Zealand qualify for the semi-finals.

Fiji were one of five unbeaten teams after the first day of the tournament, joining Australia, England, South Africa and the United States.

The US sit top of Pool C following a 32-14 victory over Scotland and a 45-7 triumph against Japan.

Australia, who defeated Japan 33-7 and Scotland 31-14, will meet the US in a playoff for a place in the semi-finals tomorrow.

England are in pole position in Pool D after they beat Spain 47-0 and Ireland 19-12.