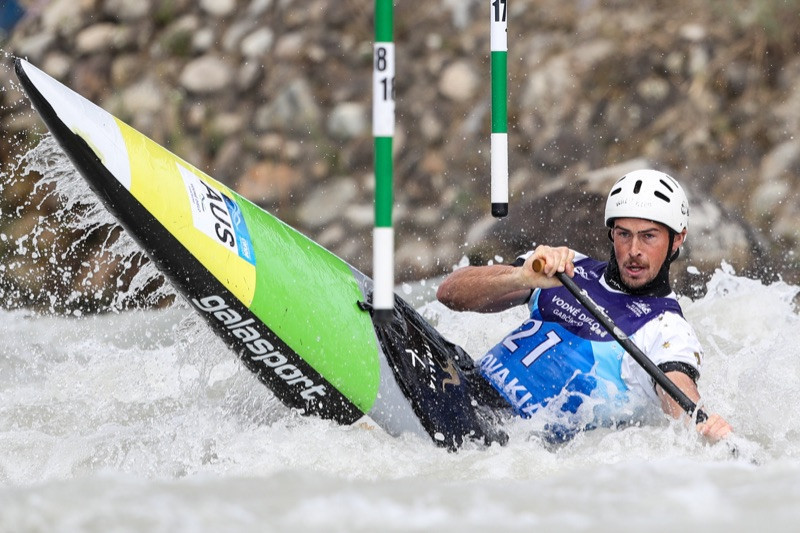 The men's C1 canoers have a chance to qualify for the Tokyo 2020 Olympic Games at the Oceania Canoe Slalom Championships in Auckland.

The men's C1 event will be the only one where an Olympic quota decided after Oceanic nations were not successful in the race at the 2019 International Canoe Federation (ICF) Canoe Slalom World Championships.

Australia, New Zealand and the Cook Islands will contest for the quota, with Australia being the favourites but they will face tough New Zealand opposition.

Australia’s canoe slalom paddlers have already secured the maximum quota sports per country for the men’s K1 and women’s C1 and K1 events.

National selection trials for Australia will include these championships as well as the Canoe Slalom Australian Open from February 21 to 23.

In the men’s K1, New Zealand have also qualified for Tokyo.

Rio Olympian Lucien Delfour will look to secure his place on the Australian team having confirmed his nation’s K1 place at the Games, but will be pushed by K1 and C1 athlete Daniel Watkins and Tim Anderson, who made his first World Championships semi-final last year.

Australia’s C1 athletes will be Watkins, Ian Borrows and Tristan Carter, who will look to earn the Continental Olympic quota for their nation.

“The men’s C1 is super competitive at the moment and I was really happy to have been fast enough to get the win at nationals,” said Watkins.

“The weekend gave me confidence in my form going into Olympic selection and I hope I can carry this form and win the first selection race to take the pressure off the rest of the selection.”

Jessica Fox has already guaranteed her place on the Olympic team and is the only Australian paddler so far to do so - she will go in both C1 and K1 events.

"It's great to have such awesome competition close to home - I've known Luuka for years now and she's one of the strongest paddlers in the world and on her home course, she'll be hard to beat,” said Fox.

“I think back on Rio and how special it was to share the podium with her and to have New Zealand and Australia side by side, like a sisterhood in a way.

The championships will take place from February 1 to 3.