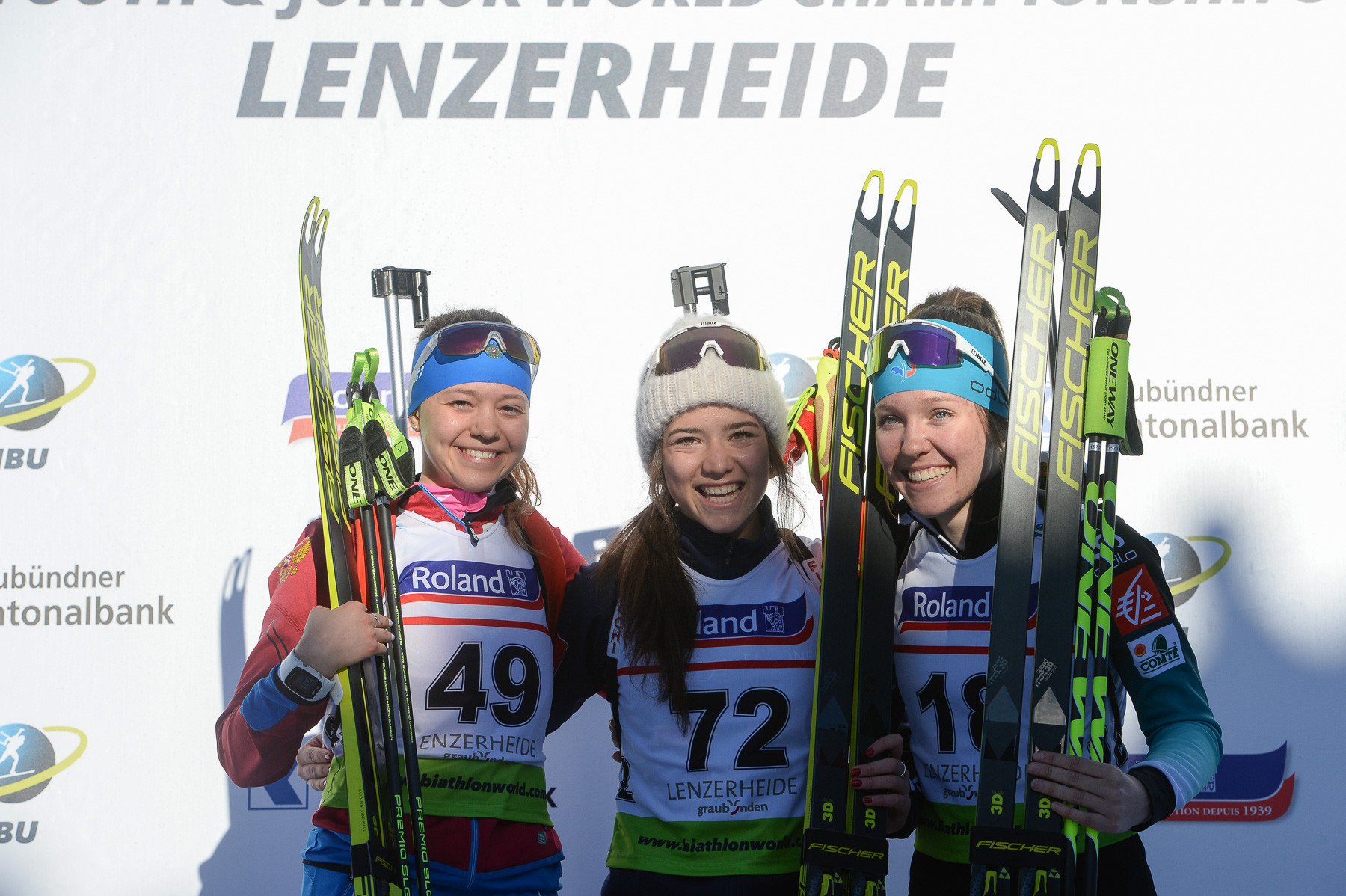 Kovalev would win in 19 min 53 sec, completing the course's 7.5 kilometres 9.3 seconds ahead of silver medallist Ondrej Manek of the Czech Republic, who also benefited from a perfect record.

Only two seconds behind Manek was American Maxime Germain, improving from 66th in the event last year in Slovakia to win his first world medal ahead of the Norwegian Nevland who finished in fourth.

Nevland recorded the fastest time in the youth relay earlier in the week and won the youth men’s 12.5km individual race, but penalties cost him a third medal in Switzerland.

Despite having a perfect record in the relay, Nevland gave up three penalty laps in the first of two rounds of shooting, squandering an early lead.

Nevland’s team mate Morten Hol had looked set to finish third before his second round of shooting, which ultimately brought him through in fifth.

Italy’s Linda Zingerle dominated in the youth women’s event despite a penalty lap, winning in a time of 17:44.7.

Zingerle helped her team to a silver in the relay earlier in the week, narrowly losing out to Norway, who weren’t represented in the top 10 of the 6km sprint race.

Liubov Kalinina of Russia was the only person on the podium with a clean record and it proved to be vital as she won silver by half a second, finishing almost 21 behind Zingerle.

Complimenti ... 🇮🇹Zingerle in front -20.8 sec. despite of one penalty loop. This is the time to beat.
___#Lenzerheide2020 #YJWCH20 pic.twitter.com/okfkPGB2xg

France’s Oceane Michelon struggled in the relay as her team missed out a medal, but she bounced back to secure solo bronze despite a couple of penalties.

The top three were safe from threats elsewhere as Austria’s fourth-placed Anna Gandler was 11 seconds off the podium, also recording two penalties.

France’s Maya Cloetens had a perfect record and finished fifth.

The biggest surprise of the day was the absence of Rebecca Passler, who had won two silver medals already.

Picking up two penalties, she could only mustering 13th place.