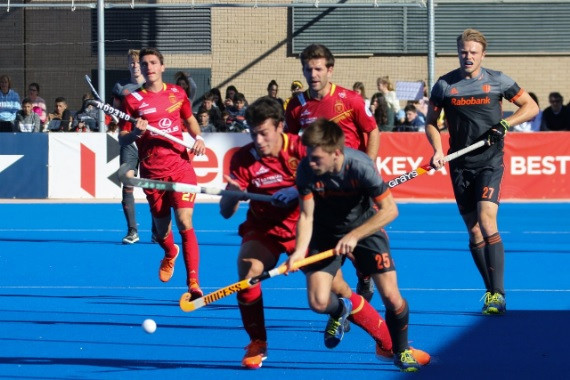 The Netherlands recorded a narrow 4-3 win over hosts Spain to earn their first victory of this season's International Hockey Federation Pro League.

Janssen scored the opening goal two minutes into the match, before Romeu equalised shortly after.

Jonas de Geus restored the Dutch team's lead towards the end of the first period, and that was how it stayed until Romeu levelled the contest in the 38th minute.

A quickfire double from Janssen completed his hat-trick and effectively sealed victory for the Dutch, who led 4-2 going into the final 10 minutes.

🎥 reaction from Player of the match Jip Janssen after Netherlands' first win in the 2020 FIH Hockey Pro League. pic.twitter.com/NTjldLSP3S

Romeu pulled one back two minutes from time but it proved to be a consolation as the away side, who had lost one and drawn the other of their two Pro League matches this campaign, held on for maximum points.

"I think I can always add something to the team with the penalty corner," said Janssen.

"It is for me to do the end part of the penalty corner.

"The injection was very good, as was the stop, so I do the last part."