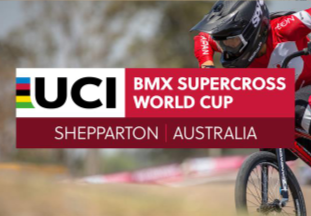 Two days of competition are due to take place at Shepparton BMX Club, where qualifying points for the Tokyo 2020 Olympic Games will be up for grabs.

It is the first time Australia has staged a UCI BMX Supercross World Cup stop since doing so in Adelaide in 2008.

"For many years, the Australian riders have been travelling overseas to compete at UCI World Cups and not all competitive domestic riders have had that chance," Wade Bootes, Cycling Australia’s national BMX technical director, said.

"Having a home World Cup will allow these riders to mix it with the world’s best.

"We have a lot of fans of BMX in Australia and I expect we will see a lot of them cheering on the athletes from the sidelines."

Among the elite male riders expected to be in contention for success in Shepparton is France's Joris Daudet, a two-times world champion.

He is joined in the field by compatriots Sylvain André and Jérémy Rencurel.

As for the elite female riders, reigning world champion Alise Willoughby of the United States cannot be ruled out.

Following the event in Shepparton, UCI BMX Supercross World Cup action is scheduled to continue in Australia next weekend.

Rounds three and four are set to be held in Bathurst on February 8 and 9.