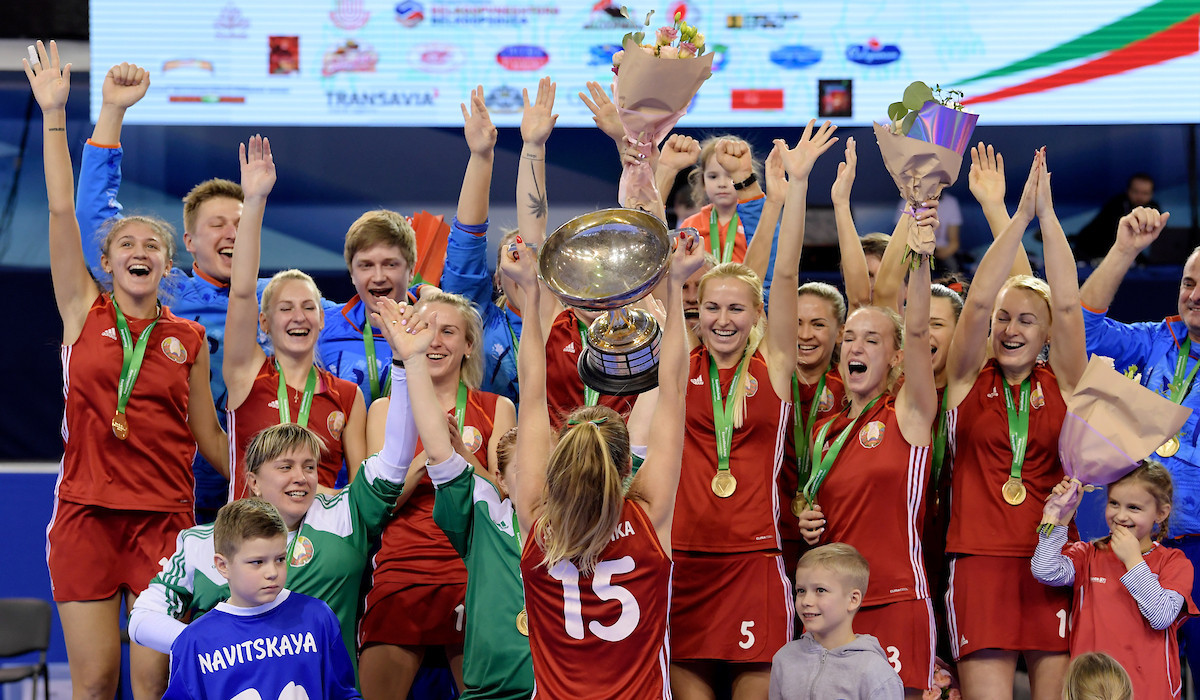 Belarus won their first Women's EuroHockey Indoor Nations Championship after a shoot-out win over The Netherlands in the Belarusian capital Minsk.

The two-time runners-up had previously faced the Dutch side - who were playing in their fourth consecutive final - in the group stages and were soundly defeated 4-1.

But in their first final since 2012, Belarus got their revenge, equalising in the final seconds of the game to bring the sides to a shoot-out.

Belarus started the three-shot tie-breaker in the worst way possible, missing their opening shot to hand The Netherlands the lead, before it was brought back level when the Dutch missed their second.

It would reach sudden death at 2-2, at which point both sides missed their fourth shot.

Belarus secured their first title after they scored their sixth shot and the favourites missed theirs, meaning it finished 4-3.

Having scored seven past Switzerland and Austria in the group stages before disposing of defending champions Germany in the semi-finals, the Dutch had been widely fancied.

In another shoot-out, the Czech Republic won 2-1 after a 2-2 draw in normal time against Germany to take third place, giving them their joint-best result in the tournament.

Germany's fourth place was their joint-worst result, continuing their excellent record of making the semi-finals in every women's championship.

Ukraine finished fifth and Austria sixth, with Belgium and Switzerland being relegated to the tournament's second tier for 2022.